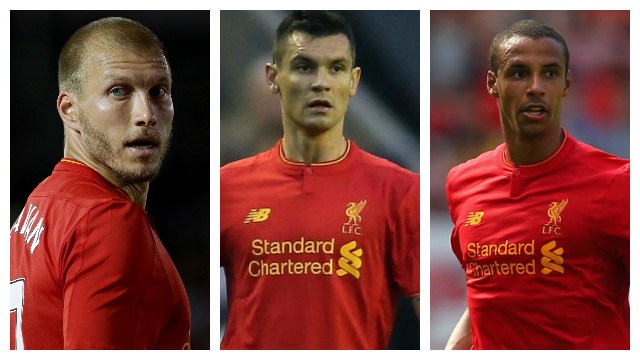 The 2016/17 season was a relatively pleasing season for Jürgen Klopp and his Liverpool team. However the whole season was blighted with criticism of their defence. By looking at the statistics behind Liverpool’s season we’ll be able to get a clearer understanding of whether the defence is good enough for a Klopp style team.

Before Jürgen Klopp came to Liverpool everyone was aware of his reputation as a manager that favoured attacking, pressing football. So famous are his tactics they’ve become known as Gegenpressing. Those tactics earned him plaudits for his work at Borussia Dortmund but how important was the defence to the success?

Ultimately Mats Hummels often orchestrated the defence and became world class in the process. Liverpool on the other hand do not have a Mats Hummels and therefore if they’re going to be successful, they’ll need to defend as a team. The statistics should help to shed light on whether or not Liverpool are defending well enough for Klopp’s tactics to work successfully.

However in the 2016/17 season Liverpool finished fourth; two points behind City and one ahead of Arsenal. Despite the league being so close Liverpool’s defence was still criticised much more heavily than their rivals. In reality Liverpool actually conceded two goals less than Arsenal and only three more than City.

The overall goals conceded are only one part of the equation though. Set-pieces is the area that Liverpool’s defence has been criticised most heavily. Some of this criticism may be warranted though as Liverpool have the second worst record in the top half of the table for defending set pieces.

Incredibly they had the third worst record in the league at home and even more incredibly Liverpool were in fact the joint second best team in the league away from home at defending set pieces.

Statistics also show that Liverpool are the most attacking team in the league. This may not be particularly surprising but this has a signficant impact on a team’s ability to defend.

Away from home Liverpool’s attack is even more profound. As a result they conceded considerably more goals than their rivals away (24 compared to 17). However Liverpool were actually the fourth best away team in the league and fifth best at home.

Ultimately the best way to gaur how well a team has performed is by the amount of points and thus wins. The percentage of games the team wins when certain players are involved should help to determine which players positively and negatively impact the teams’ performances.

The table below shows Liverpool’s win percentages with and without their key defensive players involved:

*9 of Karius’ 10 games were against bottom half teams

The orange highlighted percentages outline the most interesting and important. One of those is Lucas who somewhat surprisingly is very key to Liverpool provided he plays in the correct position. With Lucas at centre back Liverpool’s 43% win ratio is frankly terrible. However with Lucas playing at defensive midfield Liverpool’s win percentage shoots up to 70%.

Dejan Lovren should be embarrassed by these statistics and as such his future is likely under threat. When Lovren doesn’t play Liverpool’s win percentage shoots up from 55% to 67%. That is quite a damning indication that Lovren is not up to the standard for Liverpool and should be backup at best.

Looking at the statistics it appears that Mignolet, Clyne and Matip provide a reasonable defence for Liverpool but they are let down by the other two defensive positions.

Where do Liverpool go from here?

However there are some major failings in Liverpool’s defence and they need to be corrected as soon as possible. Firstly their record of defending set-pieces at home is embarrassing. Liverpool are very good at defending set-pieces away and therefore it shouldn’t be too difficult to fix. Once that is done the benefits could be enormous.

Secondly, left centre back and left back need urgent attention. It’s no surprise to see Liverpool looking to improve these positions and should Liverpool land Virgil van Dijk this summer that would be a huge addition to the team.

However rumoured left back targets are less impressive. With Andrew Robertson looking the most likely, is he really the player to significantly improve the team?