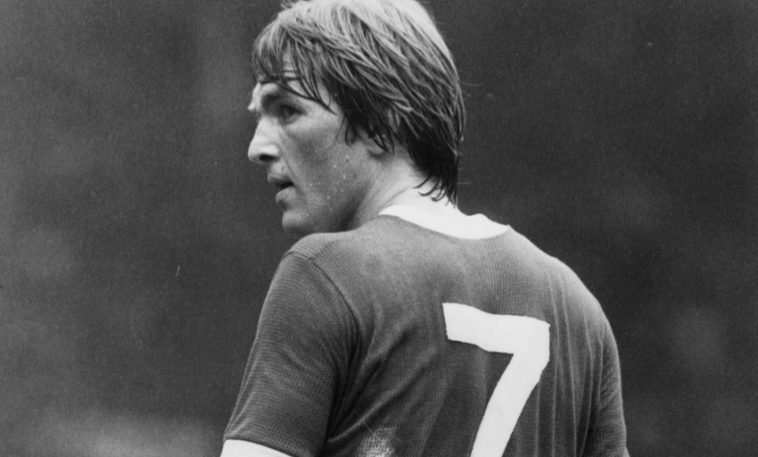 Liverpool are set to honour club legend Kenny Dalglish ahead of their upcoming fixture against Manchester United.

The club have Renamed the centenary stand in the Scot’s honour after an illustrious career on Merseyside as both a player and a manager. Dalglish spent 13 years at Anfield as a player during the club’s most successful spell, winning six League titles, three European Cups, one UEFA Super Cup,  one FA Cup and four League cups. Towards the latter end of his playing career, he was actually operating in a player manager role with great success.

Dalglish was the manager of Liverpool at the time of the terrible tragedy at Hillsbrough where 96 Liverpool supporters lost their lives. It was at this time that Dalglish cemented his place as a Liverpool legend, attending many of the funerals of those that lost their lives, including four in one day.

After spells in charge of Blackburn and Celtic, Dalglish returned to Anfield in 2011 to take over following the less than impressive reign of Roy Hodgson. He won another League cup medal during his debut campaign but ultimately lost his job the following summer after failing to lead the club to the Champions League.

The club have since made him a non-executive director and now honour the legend by renaming the Centenary stand in his honour, the first of Anfield’s stand to ever be renamed.

“It is testament to Liverpool’s history and status that we are not lacking in truly great individuals, whose names could easily grace a stand at Anfield.

“But in Kenny Dalglish we have a person who carries such immense significance to the fabric of this club, so it feels somewhat incumbent on us to recognise this in a manner that is befitting to the man.

“He is unique, not just to Liverpool, but to the game in England as a whole, having achieved greatness as a player and then enjoyed such success as a manager. His record and trophies won on both fronts speak for themselves.

“However, Kenny’s contribution to Liverpool goes beyond goals scored, points amassed and silverware placed in the cabinet. His values are Liverpool’s values – he represents what is best about this football club.

“The leadership and solace he gave to individuals, the club and city as it tried to come to terms with the trauma and tragedy of Hillsborough transcended sporting achievement.

“His name is synonymous with our club, with our home and the city of Liverpool. Now it will be as visible as it is palpable.”

Work is underway to rebrand the stand over the course of the next week, with it set to be officially unveiled ahead of Liverpool’s clash with Manchester United next Saturday. The club are also planning a mosaic with the words ‘King Kenny’ to be displayed before kick off in the game against their oldest and most bitter rivals.

Anfield will look at a little different in the next home game… pic.twitter.com/vdZutBlXya

Liverpool go into the game in seventh place in the league, seven points behind Jose Mourinho’s side who remain unbeaten so far in the Premier League. However, the visit to Anfield will present the biggest challenge of the season so far.