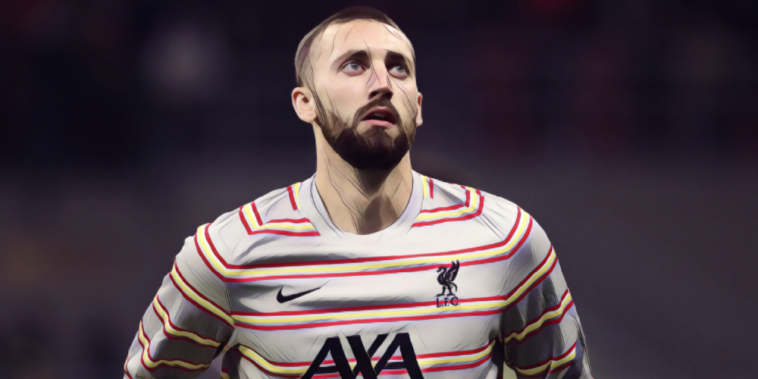 Liverpool will demand a fee of £15m for Nat Phillips during the January transfer window with several Premier League sides monitoring the centre-back.

Phillips is expected to leave the club in search of regular first-team football next month, having made just one start across all competitions so far this season.

The 24-year-old earned cult status at Anfield and the nickname of the Bolton Baresi after playing an integral role in the Reds’ run to Champions League qualification last season, having covered in the absence of several senior stars during Liverpool’s injury crisis in central defence.

West Ham, Newcastle and Burnley have been linked with the defender in recent weeks and The Athletic are reporting that Liverpool will demand a fee of £15m for Phillips, using the £12m that Burnley paid Stoke for Nathan Collins last summer as a comparative figure.

“I want to be playing games. It’s been tough because the competition to get in this team is fierce,” Phillips told Sky Sports.

“The manager and I agree that the best thing for me is to play as many games as possible. I think you saw last year I developed well.

“I’m going to see what comes along [in January] and go from there. I think at this moment in time it’s unlikely that I’ll be playing lots of games for Liverpool, so if an opportunity arises where I get the chance to do that somewhere else and it suits everyone then it’s certainly something I’d be interested in.

“I’ve had the exposure and experience in the Premier League and the Champions League. So maybe those situations where you’re new and nervy, I’ve gone through that phase. I’ll be ready straight away to get involved and play.”

West Ham are seeking centre-back additions following injuries to Kurt Zouma and Angelo Ogbonna, whilst Newcastle will target defensive reinforcements as the Magpies’ new ownership look to invest in the squad next month as they look to steer themselves clear of the relegation zone.

Burnley – who could lose James Tarkowski as the 29-year-old enters the final months of his contract at Turf Moor – have also been credited with an interest.