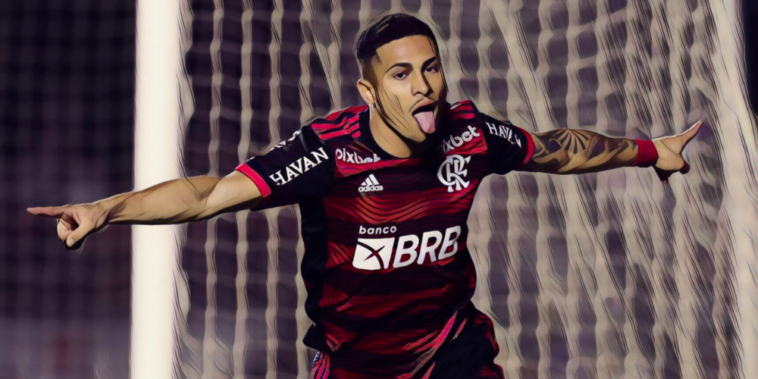 Joao Gomes has revealed he would be open to a move to Liverpool and has discussed his ‘dream’ of playing Champions League football.

Liverpool are understood to have scouted the Flamengo midfielder ahead of a possible move and the 21-year-old has welcomed interest from Anfield.

Gomes – who has also reportedly been tracked by Manchester United and other leading European clubs – spoke to ESPN on a potential transfer to the Premier League and admitted he would be open to a switch to Merseyside.

“Liverpool are a team I’d play for,” Gomes said. “I have the greatest desire to play. Playing in the Champions League is my biggest dream in football.”

The Express are reporting that the Reds have ‘extensively scouted’ Gomes, who has been called one of the brightest young talents in South America.

Jurgen Klopp is keen to overhaul his midfield with doubts over the futures of Alex Oxlade-Chamberlain, Naby Keita and James Milner, each of who are out of contract next summer.

Thiago Alcantara and Jordan Henderson are also both the wrong side of 30 and midfield additions are the focus of the Reds’ rebuild.