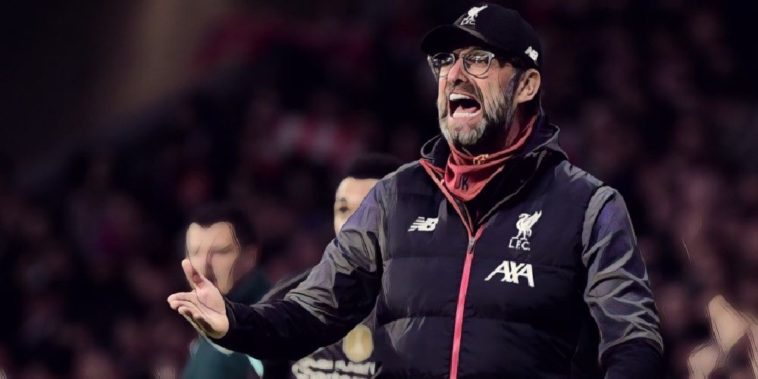 Jurgen Klopp insists Liverpool are ready to ‘strike back’ against Tottenham tomorrow as the Premier League champions look to bounce back from a difficult run of form.

Liverpool’s title defence looks in jeopardy with the club without a win in their past five league fixtures, whilst the Reds also crashed out of the FA Cup last weekend after losing 3-2 at Manchester United.

Klopp’s side have struggled for goals in recent fixtures and have failed to score in their past four league encounters, ahead of a huge clash against a Tottenham side trailing the fifth-placed Reds by just a single point.

The German has discussed his side’s struggles ahead of a crucial contest in north London tomorrow, insisting his side are ready to ‘strike back’ and calling on his players to prove the doubters wrong.

“Football is like this. We are losing trust and faith far too quickly,” said Klopp at his pre-match press conference.

“Everything is great or the opposite. There are so many stages in between. I see them [the forwards] working on everything, and we are working as a team on solutions.

“It is a complex game and it is never about one person. We have to become the team we want to be, and that is the team nobody wants to play against. At the moment, every team is defending deep but we have another chance tomorrow night.

“People tell us we are the best team in the world, which we are not, but it’s not a problem. We have to prove it again and strike back. The more negative things that are said about us, maybe the more we want it.”