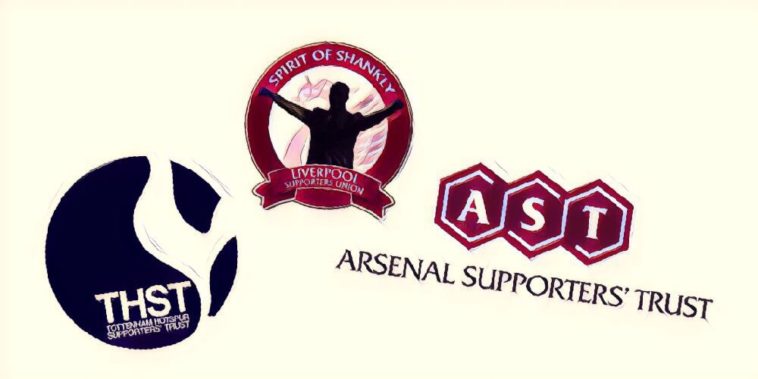 Fan groups of Liverpool, Tottenham and Arsenal have moved to condemn UEFA’s treatment of fans for European finals.

For the first time in history, both finals of European football’s major tournaments will be contested by teams from the same country, with Liverpool facing Spurs in the Champions League final and Chelsea meeting Arsenal in the final of the Europa League.

Following the confirmation of the teams contesting each final, prices for travel, accommodation and tickets have all sky-rocketed with many fans struggling to make the trip due to the extortionate costs.

Whilst Liverpool and Tottenham supporters travel to Madrid, Chelsea and Arsenal fans face the 2800 mile journey to Baku, Azerbaijan, with each club receiving just 6000 tickets despite the stadium holding a capacity of 69,000.

Fan groups of Liverpool, Spurs and Arsenal have released a statement, calling for the likes of pricing caps and transparency over ticket allocation.

A joint statement from the Tottenham Hotspur Supporters Trust and Spirit of Shankly group said: “This has been a sensational Champions League campaign for Tottenham Hotspur FC and Liverpool FC, with fans of both clubs now looking forward to the final in Madrid on 1 June. But supporters’ joy has been tempered by the extortionate costs of travel, accommodation and tickets – if they get a ticket at all with the measly allocation from UEFA.

“Prices of flights to Madrid and surrounding towns have rocketed by up to 840%. Hotel rooms are more than £1,000 a night, with stories of room bookings being cancelled AND resold at vastly inflated rates. Ticket in excess of £500 are exorbitant. There needs to be transparency from UEFA and both clubs in how tickets are priced and allocated.

“For many, the final is not a one-off event. It is the culmination of a season-long journey for fans, who have spent thousands of pounds already travelling to support their team, bringing the spectacle and atmosphere that is a key part of the game so prized by television.

“It is time to stop cashing in on fan loyalty. As the independent supporter organisations LFC and Tottenham, we call for:

– A cap on ticket pricing
– Transparency over allocation
– Consumer protection measures to halt prices being forced up exponentially, and to stop the practice of repricing existing deals”

The Arsenal Supporters Trust also voiced their discontent, saying the group ‘backs every word’ of the joint statement from Tottenham and Liverpool supporters.

“Uefa’s treatment and attitude toward fans need a fundamental overhaul. This includes having structured dialogue with fan groups and specific involvement of supporters in their governance structures.

“This is an excellent statement by Spirit of Shankly. AST backs every word. We are working with them and all supporters groups to fight the disgraceful way that UEFA treats supporters. Not just at finals but at every stage. The 6pm kick off just another example.”

READ: Klopp calls on UEFA to be ‘more sensible and reasonable’ when making decisions about European finals