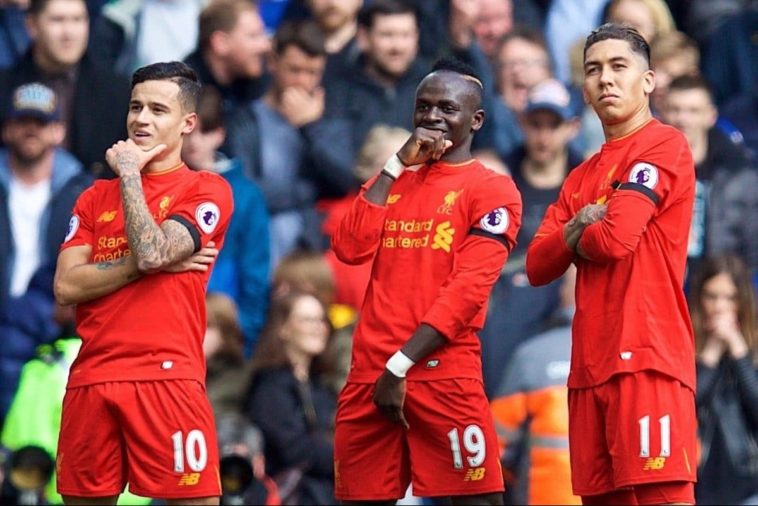 We know Liverpool achieved their target of a top 4 finish but just how successful were they?  Here is an overlook of how their season panned out.

With no European football this season, Liverpool had just three competitions to focus on. If there were ever a promising season for Liverpool to have a cup run it would be this one.

Jürgen Klopp’s minimum expectation this season was securing a top fourfinish. Liverpool were to be tested early on though. Arsenal, Chelsea and Tottenham all had to be played away in the first five games as well as champions Leicester City at home. Surprisingly, Liverpool only dropped points in a loss away at Burnley and an away draw at Tottenham.

Positive performances continued and by the New Year Liverpool were in second place. However January was to be a nightmare month for Liverpool. They failed to win any Premier League games that month, incurring their first home loss of the season.

With the return of Sadio Mané, who had missed January at AFCON, Liverpool’s performances improved. They went on to finish fourth in the league picking up impressive wins against Tottenham, Arsenal and rivals Everton.

Liverpool can be pleased with their Premier League campaign. They may have been second by the New Year but they did well to beat Arsenal and Manchester United to a top 4 place. Some may have expected more though as Chelsea showed what is possible without European football by winning the league comfortably.

Liverpool’s FA Cup campaign was disastrous on every measurable scale. They entered in the third round with a home tie to Plymouth Argyle. After a very poor showing in a 0-0 draw it took a replay away to Plymouth to scrape through to the next round by winning 1-0.

Many would have thought Liverpool would have learnt their lesson after the Plymouth games. However, they once again put in a dreadful performance against lower league opposition. This time it was a home tie against Wolves. In a game where Liverpool never really got going they slumped to a 2-1 defeat. Divock Origi’s late goal provided the only consolation.

Liverpool couldn’t really have done much worse in the FA Cup this season. They really need to improve their performances against teams that defend deep to improve next season.

As Liverpool had no European football this season they entered the EFL Cup in the second round. First up was Burton Albion which Liverpool dispatched comfortably, winning 5-0. Next up was another Championship outfit in Derby County; again they were dealt with easily in a 3-0 win.

The first real test in the EFL Cup was to be found against Tottenham. A Daniel Sturridge brace helped Liverpool past Spurs in a 2-1 win where Danny Ings featured as a rare cameo before sustaining ligament damage after only just recovering from the same injury. He would not feature again this season.

It took Liverpool a while to find the breakthrough in their fifth round game against Leeds but they eventually ran out 2-0 winners. Ben Woodburn became Liverpool’s youngest ever goal scorer aged 16 in this game.

The Reds’ chances of EFL Cup glory were scuppered by Southampton in the semi-final. Over two legs Liverpool fell to a 2-0 aggregate defeat.

Going out in the semi-finals would be of great disappointment as Liverpool failed to score in both games against Southampton in what had so far been a very good cup run. The chance to play bitter rivals Manchester United in the final would have been a mouthwatering prospect.

The transfer of Joel Matip was completed during the 2015/16 season but he didn’t arrive until the summer of 2016. It may have also been one of the signings of the season. At 25 years old he is still likely to improve which is excellent for Liverpool as he is already a very assured defender. To sign a player of Matip’s calibre for free is great work by the Liverpool staff.

For £4.7m Karius may be a shrewd bit of business. At 23 years old he still has 10-15 years to develop as a goalkeeper and there will be few better ‘keepers available at this price and age. Klavan meanwhile cost a similar amount but is 8 years his senior. However when you’re buying a player of his age you expect a quality finished article. Sadly Klavan isn’t up to the quality Liverpool should be looking at.

Alex Manniger was an odd acquisition initially but his experience seems to have had an influence on Simon Mignolet. Manniger’s role at Liverpool was much more of a coach than a player.

Question marks were raised when Liverpool opted to spend £23m on Wijnaldum who had been relegated with Newcastle. However, Wijnaldum enjoyed a largely successful debut campaign with the Reds and has a bright future at Liverpool.

Many were sceptical when Liverpool splashed the cash on Mané but he turned out to be just what they were missing. He has improved the team that much that he is probably worth close to double what Liverpool payed for him. After Liverpool’s poor 2015/16 season Mané was likely the best quality player they could attract. Thankfully for Liverpool it turned out to be an outstanding addition to the team.

Martin Skrtel’s time at Liverpool had finally run its course as Liverpool recouped a good value for him after a few too many poor performances. Jordon Ibe meanwhile fetched in a good amount of money despite still having potential. He never really looked good enough for Liverpool going forward. The same can be said for Joe Allen.