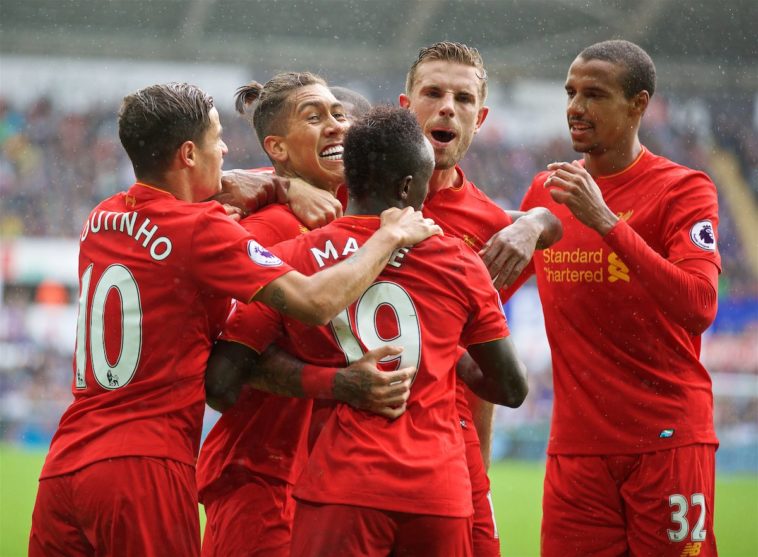 Liverpool enjoyed a mostly successful season but as always there were some standout players and some disappointments.

Sadio Mané was undoubtedly Liverpool’s star man this season. The Reds couldn’t have wished for Mané’s first season at Liverpool to go any better. A fantastic goal away to Arsenal in the first game of the season was a sign of things to come. At times Mané was unstoppable and unplayable, he won Liverpool points by himself and they wouldn’t be in the top 4 without him. His time spent away at AFCON in January showed just how important he is.

Phillipe Coutinho once again had an outstanding season and is on his way to becoming world class. His versatility allowed him to play in a few positions and he was the standout chance creator for the side. His only issue was the slow recovery from his mid-season injury.

Adam Lallana on the other hand finally showed his potential at Liverpool. He became a lynchpin in the side and was one of the most important players in the team. The way he transitioned play from defence to attack was perfect whilst Liverpool will be glad he finally added more goals to his game.

Loris Karius was initially brought in to be number 1 but after a pre-season injury he had to wait. Eventually Klopp replaced Mignolet with Karius when he returned from injury which was unwarranted. After a string of poor performances he was dropped and didn’t feature in the league again. However he is only young and given time could still be a great player for Liverpool in the future.

Alberto Moreno only started two Premier League games all season. In those two games Liverpool conceded 5 goals. They may not all of have been Moreno’s fault but his performance was lacking which led to him losing his place to James Milner…a midfielder.

Daniel Sturridge once again endured an injury plagued season. He did eventually put in some good performances at the end of the season but it was likely too little too late. It wouldn’t be a surprise to see Sturridge swapped for a striker that was more reliable.

Danny Ings and Joe Gomez will want to fight back next season after injuries ruined their 2015/16 & 2016/17 campaigns. However it’s hard to see them getting in the team once fit so they will have their work cut out to impress Klopp.

1. Loris Karius – 4/10: Endured a miserable season in the league but was ok in the cups.

2. Nathaniel Clyne – 6.5/10: As dependable as ever but his lack of offensive quality hurt the team.

3. Mamadou Sakho – 5/10: Exiled by Klopp but was impressive at Crystal Palace which raised his price tag.

6. Dejan Lovren – 6/10: Another below par season from Lovren which will likely see him as backup next season.

7. James Milner – 7/10: Admitted he didn’t enjoy left back but gave his all every game putting in some good performances.

10. Phillipe Coutinho – 8/10: One of the best in the league on his day but his slow recovery from injury hampered him.

11. Roberto Firmino – 8/10: Became the first name on the team sheet playing as a false 9, integral to how Klopp wants to play.

14. Jordan Henderson – 6/10: Was brilliant in the first half of the season but a persistent injury ended his season.

15. Daniel Sturridge – 4/10: Yet another injury plagued season but was still impressive in the few games he was fully fit.

18. Alberto Moreno – 3/10: Lost the left back spot to a midfielder and lost the trust of Klopp.

20. Adam Lallana – 7/10: One of the most important players in the squad but struggled with injury in second half of season.

21. Lucas Leiva – 6/10: Looked unconvincing at centre back but decent in midfield, his 10 year stint at Liverpool may be over.

22. Simon Mignolet – 8/10: His best ever season and looks a different player from last season, still not perfect though.

23. Emre Can – 7/10: Had an awful start to the season but became an important member of the team later on.

27. Divock Origi – 5/10: Publicly complained at his lack of game time but was very disappointing when given a chance, still managed a good amount of goals though.

32. Joel Matip – 7/10: A very good debut campaign but needs to iron out minor mistakes in his game.