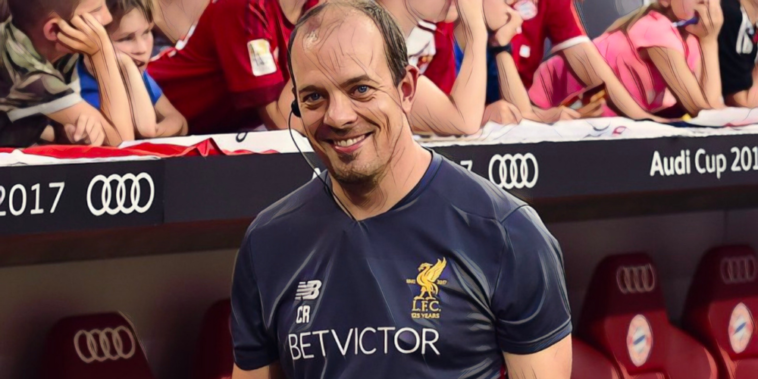 Liverpool are set to bring former physiotherapist Christopher Rohrbeck back to the club as the Reds look to boost the Champions League final hopes of Mohamed Salah, Fabinho and Virgil van Dijk.

Jurgen Klopp’s side are sweating on the fitness of the trio ahead of the Premier League run-in and Champions League final, with Fabinho having limped off in the win at Aston Villa last week.

Salah and Van Dijk were then both withdrawn during Saturday’s FA Cup final win over Chelsea as Liverpool secured a domestic cup double with a penalty shootout success at Wembley.

The Reds remain in the title race and can move within a point of Manchester City with a win at Southampton on Tuesday night, whilst the club will also contest the Champions League final against Real Madrid on May 28.

The Athletic are reporting that Liverpool have agreed terms to bring Rohrbeck back to the club as the Merseysiders look to improve the chances of their key trio ahead of the final.

Rohrbeck moved to Liverpool from Mainz in 2017 and was a popular figure in the dressing room up until his departure from Anfield in 2020.

Liverpool had been keen to agree a deal to bring the German back to the club for a ‘considerable period’ and an agreement is described as ‘imminent’.