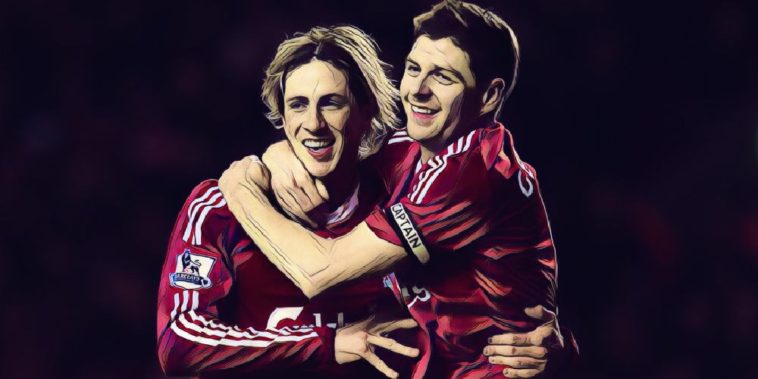 Fernando Torres has named Steven Gerrard as the best player he played alongside during his career.

The former Spain striker announced his retirement from football this week, calling time on a glittering career which included spells at clubs such as Atletico Madrid, Liverpool, Chelsea and AC Milan.

The 35-year-old also enjoyed incredible success on the international stage, winning over 100 caps for La Roja and triumphing in three consecutive major tournaments with the Spanish national side between 2008 and 2012.

Torres spent three-and-a-half years at Anfield playing alongside former England midfielder Gerrard, with the duo striking up a prolific partnership.

Despite having played alongside stellar names such as Xavi and Andres Iniesta, Torres named the former Liverpool captain as the best player he played with

“I always say the best player I played with is Steven Gerrard. I found he was the player who completed my game. I think my level got into a different dimension when I was on the pitch with him,” the Spaniard told the media at a press conference in Japan.

“It was an amazing three-and-a-half years playing alongside Steven and I would love to go back to those days – even for one minute.”