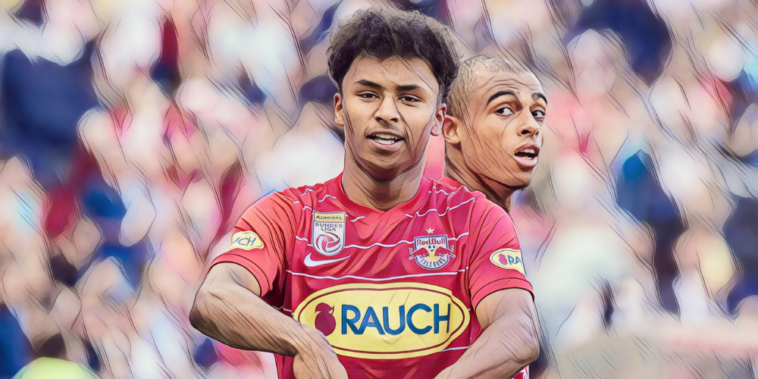 Liverpool have been named among the list of suitors to sign €40m-rated Red Bull Salzburg starlet Karim Adeyemi.

The teenager has enjoyed an impressive breakthrough season at Salzburg after becoming the club’s leading forward following the departure of Patson Daka to Leicester, scoring 11 goals in just 16 appearances to attract the interest of Europe’s elite.

Sky Germany are reporting that several Bundesliga sides – including Bayern Munich, Borussia Dortmund and RB Leipzig – are interested in signing the 19-year-old, who also scored on his senior debut for Germany against Armenia in September.

Adeyemi has impressed during Salzburg’s opening fixtures in the Champions League this season, remarkably winning four penalties in just two fixtures and winning back-to-back man of the match accolades.

Liverpool are also understood to be monitoring the forward ahead of a potential move, with the report revealing that Adeyemi ‘will definitely leave Salzburg next summer’ for a fee in the region of €30-€40m.

However, the player’s preference is understood to be a move to the Bundesliga as the next step in his career.

Liverpool have previous in recruiting players who have come through Red Bull’s notorious production line of talent, with each of Sadio Mane, Naby Keita and Takumi Minamino having spent time at Salzburg before making the move to Merseyside.