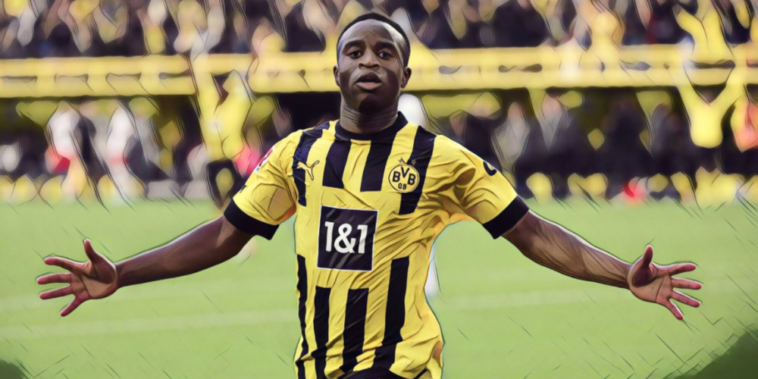 Liverpool have been named among four clubs interested in signing Borussia Dortmund forward Youssoufa Moukoko on a free transfer.

Moukoko is out of contract at the end of the season and his situation has alerted Europe’s top clubs, with Dortmund so far unable to agree terms on a new deal with the teenager.

Dortmund are understood to have offered Moukoko a significant improvement on his current terms, though the forward is considering his future amid interest from a number of leading sides. According to BILD, Liverpool are among those interested, alongside Barcelona, Real Madrid and Juventus.

Moukoko first came to prominence following a prolific record for Dortmund at youth level, in which he scored 141 goals in just 88 games for Dortmund’s U17 and U19 sides. He became the Bundesliga’s youngest ever debutant a day after turning 16 and has since scored 11 goals in 57 appearances for Dortmund at senior level.

He has scored six goals in five appearances for Germany at u21 level and is pushing for a place in Germany’s World Cup squad with Timo Werner ruled out.