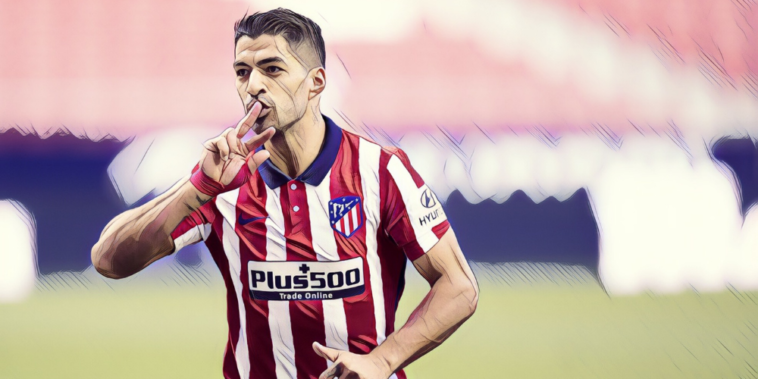 Liverpool are being linked with a shock move to re-sign former favourite Luis Suarez, should Mohamed Salah leave the club this summer.

Salah has been linked with an exit in recent months with a host of Europe’s elite sides credited with an interest in the forward, with Real Madrid, Barcelona and Paris Saint-Germain named as potential suitors.

The Egyptian international has developed into one of the world’s finest players since arriving on Merseyside from Roma, scoring 119 goals in just 191 appearances for the Reds and twice winning the Premier League’s Golden Boot.

Salah is once again the joint-leading scorer in the Premier League this season, though speculation continues to circulate over a potential exit for the 28-year-old following a hugely successful period at Anfield.

According to Fijaches, via FourFourTwo, Luis Suarez has emerged as a shock potential replacement should Salah depart, the former Reds’ forward enjoying a fine season at Atletico Madrid.

Suarez spent three-and-a-half seasons with Liverpool and established himself as one of the Premier League’s leading lights, scoring 69 goals in 110 appearances before a £75m move to Barcelona.

The Uruguay international won a wealth of major honours in Catalonia before joining Atletico last summer, with the 34-year-old continuing to fire as the second-highest scorer in La Liga this season behind only former teammate Lionel Messi.

According to the report, Suarez would add an experience to a forward line which has struggled this season, both Sadio Mane and Roberto Firmino having performed below expectations.

Diogo Jota has enjoyed an impressive debut campaign since arriving from Wolves, though Liverpool are understood to be assessing forward options ahead of the summer window.

Any move for Suarez would appear at odds with the club’s recruitment policy, however, with the Premier League champions having focused on emerging players with further room for growth in recent seasons.

Read – Now or never? Is it time for Harry Kane to leave Tottenham?