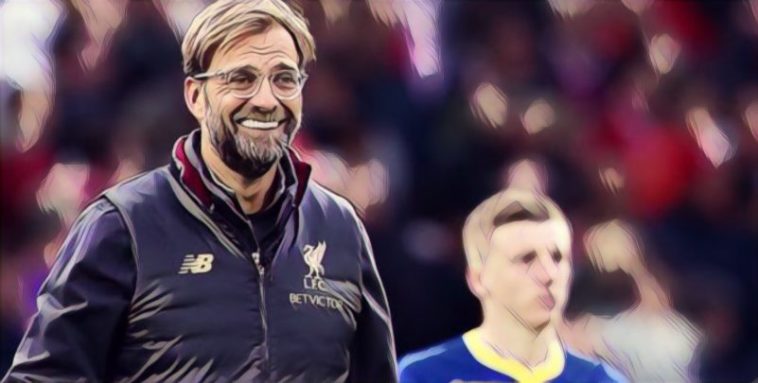 Liverpool legend Ian Rush has hailed the impact of Jurgen Klopp’s ‘positive energy’ on the club.

Klopp’s side currently lead the Premier League by two points from title rivals Manchester City, whilst they will also meet Spanish giants Barcelona in the Champions League semi-finals.

Former Liverpool striker Rush, the club’s all-time record goalscorer with 346 goals, says the German’s charismatic personality is having a positive impact on his squad.

“I’ve been to training sessions and I’ve seen Liverpool players laughing and joking between things but when they’re working, they work,” Rush told Sky Sports News.

“Every time Klopp sees you he gives you a big hug and the first thing you do is you want to give someone else a hug after! It’s that positive energy that he is putting through and that’s probably the difference with Liverpool now.”

“When I played, I would 100 per cent say the main reason we were so successful was because of our team spirit.

“In the dressing room, we had the banter and the laughing and the joking, but when we went onto the pitch we were serious, and the success we had was down to team spirit.

“Individuals can win you a game but only a team can win the league and I can see a bit of that in Jürgen Klopp and his team now.”