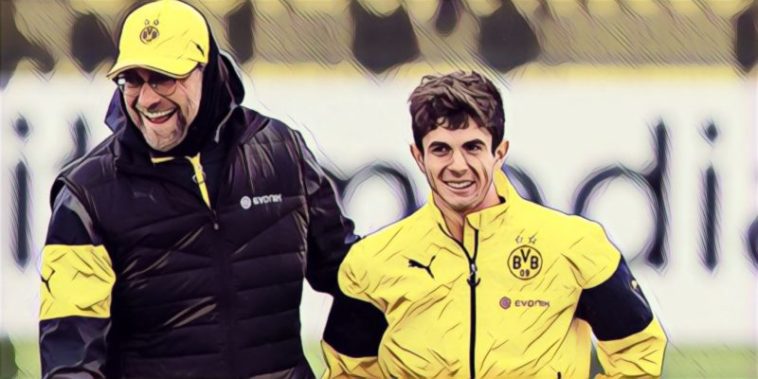 Liverpool manager Jurgen Klopp has given his verdict on Chelsea’s signing of Christian Pulisic, labelling the move as a ‘good signing’ for Maurizio Sarri’s side.

Chelsea announced the signing of the Borussia Dortmund winger on Wednesday for a fee of £58m, with the US international being loaned back to the Bundesliga leaders until the end of the season.

Klopp knows the 20-year-old well, having worked with Pulisic in Dortmund during his time in charge at the Westfalenstadion, and admits Chelsea have secured the signing of a talented player.

“He’s a good player. I’ve known him for a while, followed him. Good signing for Chelsea but good deal as well, Dortmund can keep him. Another really skilled boy playing in England. Good.” Klopp told the press ahead of his sides clash with Man City tomorrow.

The fee for Pulisic is a record-fee for an American player, eclipsing the €20m it took Wolfsburg to sign defender John Brooks in 2017.

Pulisic has made over 100 appearances for Dortmund since his debut in 2016 and has scored nine goals in 23 caps for the US national side.