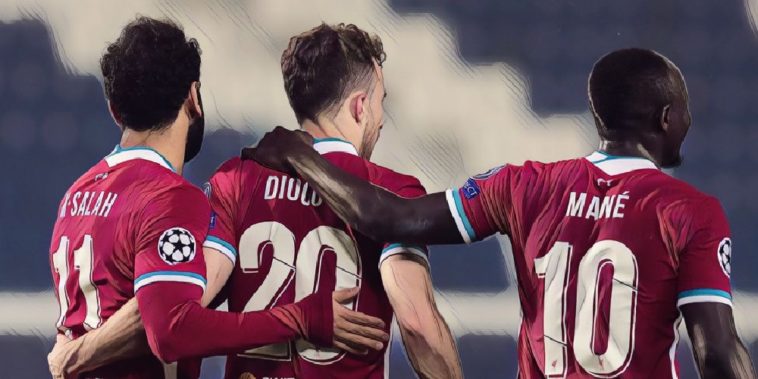 Liverpool forward Roberto Firmino has played down suggestions of a battle between himself and summer signing Diogo Jota for a starting berth, despite the Portugal international’s recent stellar form in attack.

The Brazilian international has been central to Liverpool‘s success in recent seasons, as part of his side’s devastating attack alongside Mo Salah and Sadio Mane.

Despite not being an out-and-out goalscorer, the 28-year-old has justified his inclusion in the side with his delightful link-up play and his hardworking nature that allows the other two members of the front three to shine.

However, Firmino’s recent woes in front of goal and some quieter displays have once again raised question marks over his starting role, particularly with new man Jota impressing since his arrival from Wolves on a £40m deal.

The 23-year-old has netted seven times already for the club, including a superb hat-trick against Serie A side Atalanta in the Champions League, form which has sparked calls for him to be handed a more regular starting berth – most likely at Firmino’s expense.

The former Hoffenheim man doesn’t appear concerned, however, and recognised the depth of quality at manager Jurgen Klopp’s disposal and the difficult task of maintaining a starting role.

“Liverpool have a great squad of players, so earning a starting position here is not easy at all, and I am used to that,” he said, as per the Mail.

“Diogo is an excellent footballer and another companion in the squad.

“We work hard during the week and then the coach decides who comes out. So, I don’t have any personal battle with him.

“Liverpool’s attacking line is spectacular, and I would say comparable to any in the world, in any of the major leagues.

“Now this year I see it as being even better. And it’s not emotion that makes me say this, but simply a result of looking at the statistics.

“As for me, I work hard in training – and then on the field I do what Jurgen Klopp tells me. That is my working philosophy, always.”

Now read – The latest piece of the puzzle: Why Diogo Jota is thriving at evolving Liverpool