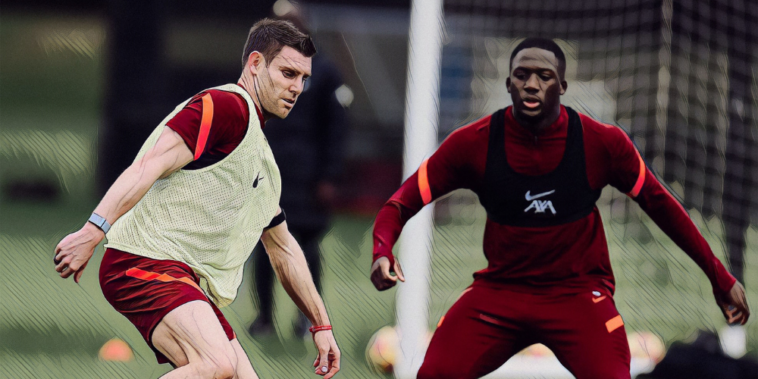 Liverpool are said to be fearful that the club will not be able to play their Carabao Cup semi-final first leg with Arsenal on Thursday evening, following a Covid outbreak amongst the squad.

The Reds were without manager Jurgen Klopp for the 2-2 draw with Chelsea on Sunday following a positive test, whilst Alisson, Roberto Firmino and Joel Matip were also absent after contracting the virus.

That quartet are all set to be sidelined once again for the clash at the Emirates on Thursday, whilst the Liverpool squad has been further depleted after Mohamed Salah, Sadio Mane and Naby Keita departed to join up for international duty at the Africa Cup of Nations.

Liverpool named four teenagers on the bench during the draw with Chelsea last weekend and could have to turn towards youth should the clash with Arsenal go ahead as planned.

With Thiago Alcantara and Takumi Minamino amongst those sidelined through injury at present, the Mail are reporting that the club ‘fear’ a postponement should further Covid cases surface.

The club have, however, kept their training base at Kirkby open this week despite closures at several Premier League rivals as clubs bid to combat the spread of the virus.

EFL rules state that games can be postponed in the Carabao Cup should a side not be able to submit a team of 13 outfield players and one goalkeeper.