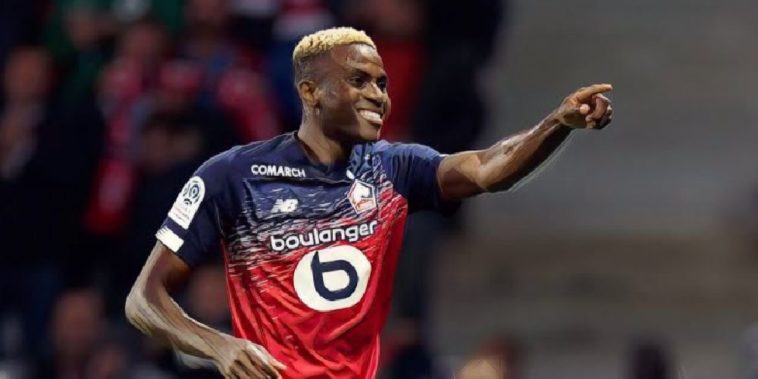 Lille star Victor Osimhen is attracting interest from the Premier League with Liverpool, Chelsea and Tottenham all believed to be monitoring the forward.

The Nigeria international has enjoyed an impressive start to the season, scoring 12 goals in all competitions including against Chelsea in this season’s Champions League group stages.

Frank Lampard’s side are said to have taken note of the forward following their meetings with Lille this season, with only Monaco’s Wissam Ben Yedder and Lyon’s Moussa Dembele have scored more than Osimhen’s nine Ligue 1 goals so far.

According to Sky Sports, Liverpool and Spurs have also been keeping a close eye on the youngster’s progress, though the 20-year-old is thought to be in no hurry to leave the French side and is expected to remain with Lille until the end of the season.

Lille currently four points behind leaders Paris Saint-Germain in third in Ligue 1, and the club will want to keep hold of their prized asset as they bid to secure qualification for next season’s Champions League.

The club be tempted into a sale should they receive an offer too good to refuse, however, for a player who only joined the club from Belgian side Charleroi during the summer.