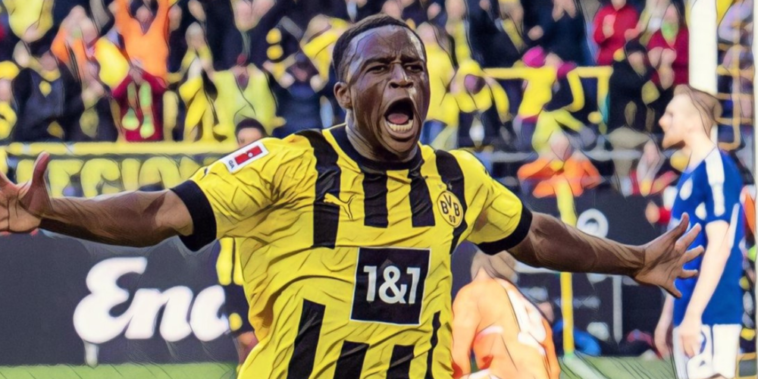 Liverpool, Chelsea and Manchester United are competing for the signature of Borussia Dortmund forward Youssoufa Moukoko.

Moukoko is viewed as one of the most exciting teenage talents in European football and could be available on a free transfer as he approaches the end of his contract. The 18-year-old’s deal is set to expire next summer and his situation has alerted England’s elite clubs.

Moukoko was included in Germany’s World Cup squad after scoring six goals in just eight league starts for Dortmund this season, while he became the youngest ever player to reach ten Bundesliga goals.

According to the Times, Dortmund are preparing another contract offer to the forward after their initial proposal fell short of his demands. Moukoko will consider his options, but is content with the opportunities he is receiving at Dortmund and is cautious about leaving for a reduced role at a leading European club.

Chelsea are in the market for a centre-forward and their search will be accelerated after Armando Broja was ruled out for the remainder of the season with an ACL injury.

Manchester United and Liverpool are also interested in additions in the final third, following the exit of Cristiano Ronaldo and injury setback to Luis Diaz respectively.

Moukoko has been hailed as one of the best prospects in world football since his exciting emergence in Dortmund’s academy set-up, where he scored 141 goals in just 88 appearances for the club’s youth sides.

He made his senior debut aged just 16, becoming the youngest player to feature in a professional match in Germany.