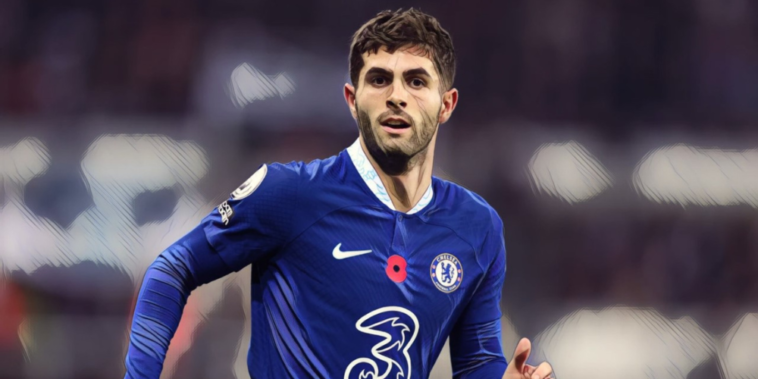 Liverpool and Newcastle are set to battle it out over the signing of Chelsea’s Christian Pulisic, with the winger keen to leave in search of regular first-team football.

Pulisic has made just three league starts this season and his situation has led a host of Premier League clubs to consider an approach in January.

Manchester United were previously linked with the United States international, while the Express are reporting that Liverpool and Newcastle have now entered the race.

Jurgen Klopp brought Pulisic to Borussia Dortmund as a teenager and remains an admirer of the 24-year-old, with the Reds interested in a loan deal after Luis Diaz suffered a setback in his recovery from a knee issue.

Newcastle are also keen as the Magpies look to boost their hopes of Champions League qualification, though Chelsea would prefer a permanent exit and ‘do not see the value in loaning out Pulisic’ given he will have 18 months remaining on his contract in January.

Pulisic signed for Chelsea in a £58m deal from Borussia Dortmund in 2019 and has since scored 26 goals in 133 appearances for the west Londoners.