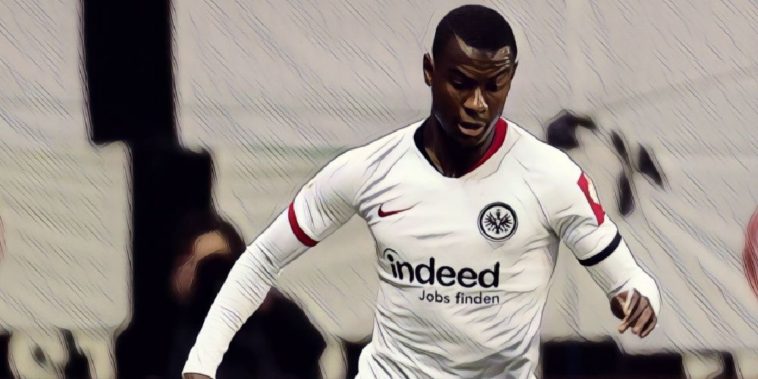 Liverpool and Arsenal are reportedly amongst a host of clubs ‘monitoring’ Eintracht Frankfurt defender Even Ndicka ahead of a summer move.

The 20-year-old – who represents France at youth level – has impressed since making the move to the Bundesliga from Auxerre two years ago, featuring regularly for Frankfurt and making 55 appearances for the club in all competitions.

Comfortable centrally or at full-back, the left-footed defender is interesting clubs across the continent with both Liverpool and Arsenal believed to be amongst his admirers.

According to Sky Sports, the Premier League duo are considering a summer move for the youngster as they bid to bolster their defensive options, though there is reported competition for Ndicka’s signature from Sevilla, Valencia and both Milan clubs.

Liverpool are seeking additional defensive cover with Dejan Lovren expected to depart at the end of the season, whilst there is also a lack of specialist cover for Andy Robertson at left-back with James Milner often deployed as an auxiliary full-back.

Arsenal are also looking for improvements to their backline, the Gunners having signed Pablo Mari on loan during the January transfer window but yet to decide on whether to take up the option to complete a permanent deal for the Flamengo defender.