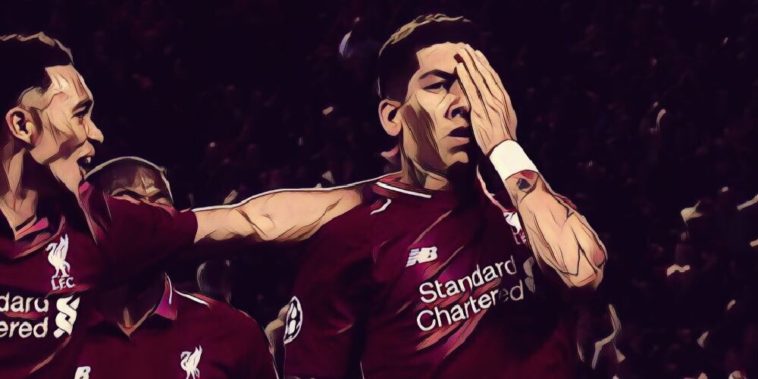 Liverpool got their 2018/19 Champions League campaign off to a great start with a 3-2 win over PSG, with a late winner from Roberto Firmino proving the difference as Liverpool recorded a richly deserved victory.

PSG is a team full of superstars but they put in a lacklustre performance away to Liverpool. As soon as the game kicked off it became apparent that the French side had no intention of pressing the hosts, instead allowing them the freedom of Anfield to do as they wish.

Things went even further downhill in the second half for PSG as they continuously gave away the ball. Their sloppiness went unpunished though and Liverpool began to become complacent due to the fact that the Parisians were not a threat at all.

With ten minutes to go in the game Mo Salah epitomised the Reds’ complacency as he gifted the ball to PSG. The visitors made it 2-2 despite a dreadful performance.

Roberto Firmino’s stoppage time winner got Liverpool a win they thoroughly deserved but they won’t be happy with how they game panned out.

It’s a problem that has been brewing since the season started. Liverpool have had the quality to put themselves into the lead and then immediately lose their intensity. They almost threw the win away and maybe should have. That would certainly have taught them a lesson.

Liverpool’s brilliant run in the Champions League last season seems to have taught them a lot, especially in finding a way to neutralise high profile opponents.

The desire to take Neymar out of the game was evident as Liverpool were quick to surround him. Neymar found himself drifting deeper and deeper to escape the press of Alexander-Arnold, Milner, Henderson and Wijnaldum.

For anyone still wondering what the difference is between the likes of Messi & Ronaldo compared to Neymar, this was the game to watch. To reach the next level Neymar has to have the intelligence to come up with something different when the opposition has him worked out.

Liverpool dominated the game from start to finish, despite being pegged back twice and the midfield trio of Milner, Wijnaldum and Henderson were largely to thank for that.

Meanwhile, PSG’s midfield struggled all game long. Adrien Rabiot found himself tracking back to defend most of the game whilst former Manchester United flop Di Maria was isolated and unable to affect the game. Neymar also joined the midfield frequently as he looked to influence the game, but was continuously harried into making a mistake.

It was the performance of Milner and Henderson that really caught the eye. The English duo’s pressing was incredibly intense and allowed Liverpool to play the game on their own terms. Performances like this are likely to leave England manager Gareth Southgate wishing he could make them the lynch pin of his team.

Liverpool’s style of play has shifted somewhat from last season. Instead of bypassing their midfield and throwing everything at it in attack they are now more patient and utilise the midfield more effectively.

So, whilst the front three are not getting as many chances as they were previously the team as a whole is benefitting more overall. The new balance of play allows Liverpool to dictate the game even when individual players are having an off day such was the case with Mo Salah in this game.

A Star in the Making

As a whole PSG were frankly awful. They worked as individuals rather than as a collective and showed no desire to ever try and take charge of the game. However, in terms of individual performances, Presnel Kimpembe had an excellent game.

After becoming a first-team regular for PSG last season he has taken everything in his stride. At 23-years-old he is still very young for a centre back but he showed the wisdom of a defender in his prime.

The young Frenchman is likely to go on to become one of the top centre backs in the world one day but he needs the rest of his team to play together as one to achieve the ultimate glory for PSG – the Champions League trophy.

Joe Gomez, two years Kimpembe’s junior and playing in the same position also looked excellent throughout the game but was rarely tested.

Reds still Struggling to put all the Pieces Together

It’s been a mixed bag for Liverpool in terms of performances so far this season. At times they have looked excellent defensively, offensively and in midfield – but rarely all at the same time.

The main issue for Liverpool seems to be taking advantage of individual situations and translating it through the rest of the team.

For example, in this match Liverpool were able to exploit the midfield areas due to PSG’s lack of teamwork and unity. However, they were not able to use that as a way to make the defending or attacking any better off. It simply meant Liverpool could control the game.

For Liverpool to take the next step they need to combine the small areas where they can gain an advantage into one collective plan.

Liverpool never made the most of Alexander-Arnold’s obvious dominance on the right wing or taking Cavani & Neymar almost completely out the game. Neither did they take advantage of Mané’s ease at beating his man. Instead, Liverpool put all their efforts into maintaining the dominance in midfield.