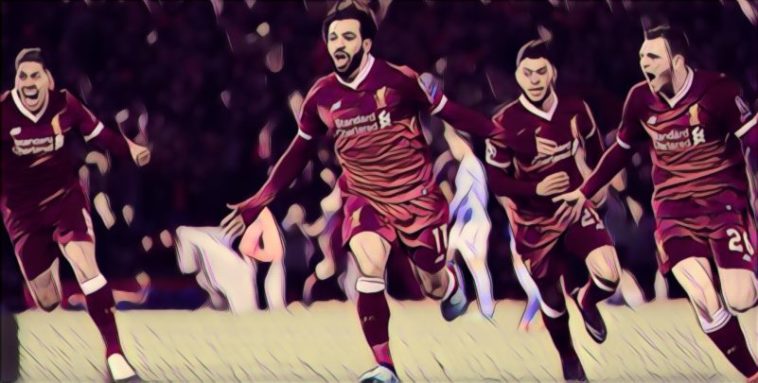 Liverpool stormed to victory in the first leg of the Champions League quarter finals and put themselves in a commanding position. Here’s five things we learned.

Despite being one of the best managers in the world with pundits eulogising his footballing philosophy, Pep Guardiola has once again come unstuck against Jürgen Klopp. Pep has now lost seven times against Klopp, which is more than against any other manager.

The ‘heavy metal’ football that Klopp utilises – also known as the Gegenpress – seems to outwit Guardiola time and time again. Some would call the Spaniard stubborn for not learning from his mistakes and adapting his tactics to play against the Gegenpress. However, in some ways Pep has a right to be stubborn when his tactics have won him league titles in Spain, Germany and soon to be England.

The first leg of this Champions League quarter final taught us that despite the stakes being high and his less than impressive form against Jürgen Klopp he was still unwilling to deviate from his go-to tactic. In the end, that may be his undoing in this tie although so good is Guardiola’s tactic that it could well be enough to turn this tie around at home where Gegenpressing will be less effective.

It was the performance of his career so far by young Trent Alexander-Arnold as he made a mockery of Leroy Sané. Against one of the most in-form wingers in the Premier League, Alexander-Arnold looked like a fullback in his prime years as he didn’t put a foot wrong all match.

Whilst the young Englishman took to the Premier League like a duck to water at the start of the season his form had dropped in recent weeks. However, the 19-year-old showed the world what he was capable of amidst recent criticism over his performances.

Alexander-Arnold had come under scrutiny for his performances since the turn of the year, particularly against Manchester United when he allowed Rashford to get the better of him. Even in his worst form though, the fullback had shown glimpses of outstanding quality largely due to the careful management of Klopp who is gradually nursing him in to a quality fullback.

This match was another example of the potential for Alexander-Arnold. If he can put in performances like this at only 19 he has the potential to be an outstanding player once he has matured and can find consistency.

Manchester City’s highly impressive season has been possible thanks to the likes of Kevin de Bruyne. The Belgian has been the key man in midfield and indeed his team. By making excellent use of the ball in the possession-based game that Pep Guardiola insists upon he has been able to create countless opportunities for the City frontline.

All that brilliance seemed to disappear when he stepped out on to the Anfield pitch though. In the first half he spent much of the game chasing around the Liverpool midfield and tracking back to help defend which did not show de Bruyne at his best. Then, in the second half, Liverpool allowed him the freedom to do what he wanted with the ball which is highly unusual. Despite being allowed to pick out almost any pass he wanted, Liverpool nullified his quality by not allowing the receiving player to make any inroads.

Kevin de Bruyne may have been one of the best players in England and even Europe this season but Liverpool showed innovation in their attempts to nullify de Bruyne. Considering how effectual it was it will be interesting to see if other teams in the Premier League are brave enough to try the same thing by allowing de Bruyne so much space.

Just Another European Night at Anfield

Brilliant football and European matches under the lights at Anfield have been synonymous since the 70s. This was yet another one of those nights.

Like many Premier League clubs at the moment, the atmosphere in the stadium has been dwindling over time at Anfield. Mostly due to increasing ticket prices and a surge in less vocal fans, but that isn’t the case when nights like this roll around.

The fans were up for this game from the second it was announced as they sought to give their team the upper-hand. There were some unsavoury scenes outside Anfield in the build-up to the match as the Manchester City team bus was targeted but the atmosphere inside Anfield was electric with the buzz of passion and excitement.

The atmosphere created by the fans presented rewards on the pitch as it always does on European nights at Anfield. From the moment the whistle was blown the Liverpool team clearly were given a boost by the fans. So, whilst atmospheres in the Premier League may not be what they used to be, European nights still have that special feeling and hopefully it will continue for some time to come. Not only at Anfield but at all Premier League clubs in European competition.

Yet again Liverpool’s midfield had little impact on a game although it was still much better than recent performances. Due to Liverpool’s ineffectiveness in midfield, their attacks came almost exclusively from the wide areas. Probably not coincidentally, this is also where Liverpool’s best players of the match could be found. Trent Alexander-Arnold, Andy Robertson, Mo Salah and Sadio Mané all had excellent games.

Despite Liverpool having such an unimpactful midfield Klopp was able to manage around this. Knowing that it would be futile to try and battle Manchester City in midfield he instructed them to back off and prevent City from creating chances in the second half.

With the implementation of Karius in goal, the arrival of van Dijk in defence and the brilliant wide players and frontman Liverpool have they are just a midfield away from being able to compete for major honours. Klopp should be given credit for his ability to manage around the lacklustre midfield although that may be different next season when Naby Keïta arrives.