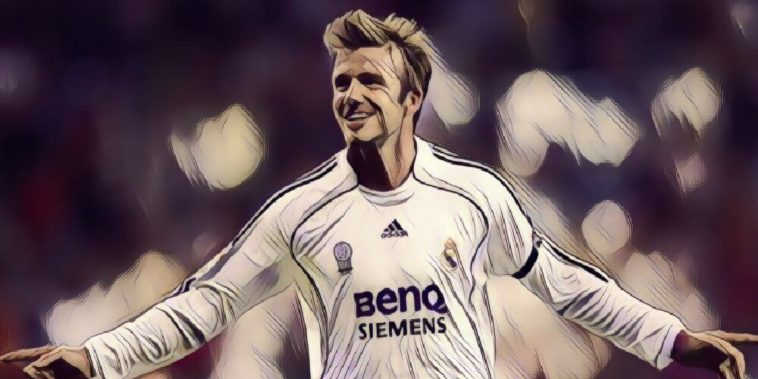 There aren’t many players who get to play for two of the biggest clubs in world football, and Manchester United and Real Madrid are certainly that.

Here is our look at five of the best players to play for both clubs.

One of the biggest footballing names to ever grace a football field, David Beckham was a brand.

Coming through the youth system at Man Utd with the infamous class of 92, Beckham developed into one of the best wingers the game has seen, with his crossing and free kick ability second-to-none!

He scored 85 goals in 394 appearances for the Red Devils before a fallout with Sir Alex Ferguson saw him shipped out to Real Madrid for £25m.

He would go on to make 155 appearances and score 20 goals for the Spanish giants before famously moving on to the MLS.

A fiery, no-nonsense defender who was voted United’s Player of the Year in 2004/05. However, after the Argentine lost his place to Patrice Evra, Heinze wanted to make a move to United’s most bitter rivals, Liverpool. Sir Alex Ferguson, understandably, refused to negotiate with the scousers, and instead decided to do a deal with Real Madrid.

He made 83 appearances during his three years at Manchester United, before making a further 58 appearances in the white of Real Madrid in his two year spell.

Brought in for £7m from Mexican side Guadalajara in 2010, Javier Hernandez was a relative unknown and thought to be one to attract fans from Mexico.

However, it quickly became apparent that he wasn’t just a someone to sell shirts, but to score goals. Despite spending a lot of time on the bench, he became Man Utd’s super sub, scoring 59 goals in 157 appearances for United.

Louis van Gaal sent him on loan to Real Madrid in 2014 where he did relatively well, scoring nine in 33 before making a move to Bayer Leverkusen the following summer.

The Dutchman was one of the most prolific and feared strikers the Premier League had ever seen following his move from PSV to United. The deal was initially delayed by 12 months due to a serious knee injury but van Nistelrooy quickly hit peak form, scoring at an incredible rate – 150 goals in 219 appearances.

He joined Real in 2006 and was top scorer in La Liga in his first season before later being hit by more injury problems. He left Real in 2009, but not before scoring 64 goals in just 96 appearances for Los Blancos.

One of the greatest of all time. Simple!

Before we start the whole Messi v Ronaldo debate, what is clear is that he has to go down as Real Madrid’s greatest of all time. Throw into the fact that he is still revered at Old Trafford today thanks to his 118 goals in his 292 appearances for the Red Devils. He became only the fourth United player in history to win the Balon d’Or as well as guiding them to numerous Premier League titles and even Champions League glory.

He made the world record £80 million transfer to Real Madrid in 2009, and what he has done since then is simply remarkable, averaging more than a goal a game, despite playing well over 400 games for the club. Incredible!

10 of the best quotes about Cristiano Ronaldo