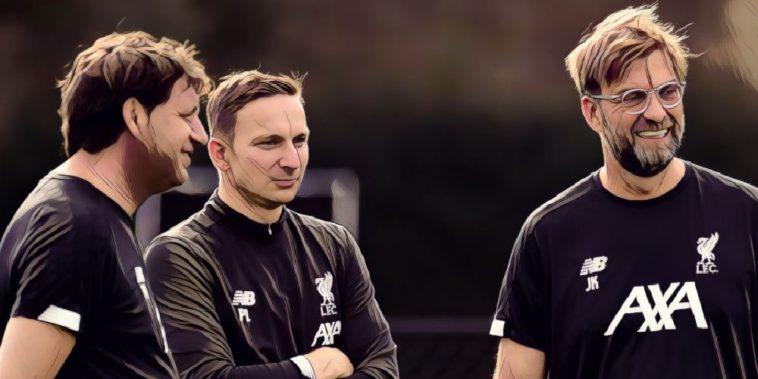 Liverpool are currently enjoying a fine period in their modern history having won three trophies – including the Champions League – during 2019, in addition to opening up a 25-point advantage at the top of the Premier League to close in on a first league title in three decades.

Klopp’s arrival as manager four-and-a-half years ago has proven to be the catalyst behind the club’s ascent to the top of world football, though the German has been ably supported by a fine backroom team, including assistant manager Lijnders.

The Dutchman has now lifted the lid on the working relationship between the Reds’ staff at the club’s Melwood training ground, and their shared ambition in searching for ‘perfection’ as Liverpool seek to enjoy a sustained period of success.

“We try to support Jürgen in the best way possible,” Lijnders told Liverpoolfc.com.

“Everybody knows you are a product of your own environment – the better people you have around you, the easier things become. I am blessed, of course, that Jürgen has this trust and gives me the freedom.

“We are blessed [with] our group – and you speak about Peter, me and the gaffer but there are so many people. The departments, how they evolved over the last four or five years, they all search for perfection knowing that perfection doesn’t exist. See how our pitches are prepared each day by our ground staff… these things make us consistent.

“Each department is searching for and has the ambition and passion. I believe that only comes first from your leader and second, that it’s trust and everybody wants to give one per cent more, so the team is better prepared for the next game.

“I think we made big, big steps in this. A big compliment for each department.”