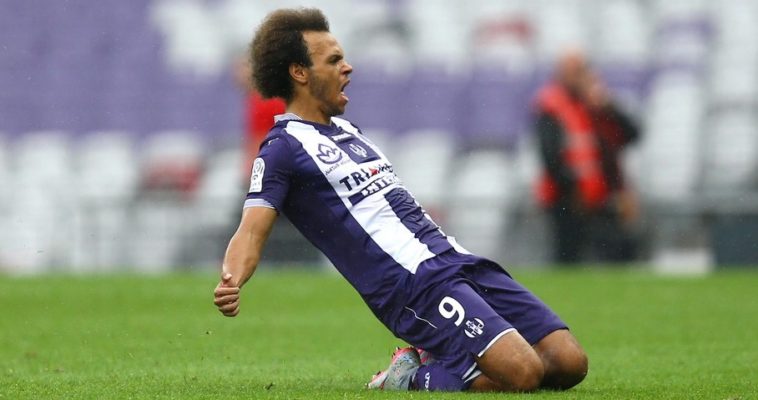 According to reports this afternoon, Middlesbrough are close to completing a deal for Toulouse forward Martin Braithwaite.

FourFourTwo say the 26-year-old Dane is understood to be keen on a move to The Riverside, despite interest from several Premier League clubs, including West Ham and Bournemouth, as well as lucrative offers elsewhere in Europe.

The fee being reported is around the £9m mark, a hefty sum for a team plying their trade in the Championship. However, it’s widely acknowledged that Boro’s budget is the biggest in the league, so they’re unlikely to be deterred by such a figure.

Braithwaite has spent the past four seasons with Toulouse, last season notching 11 goals as the Ligue 1 side finished 13th.

Comfortable on the wing as well as playing through the middle, he offers the kind of attacking prowess and versatility that Garry Monk will no doubt be looking for in order to make the Teessiders a more potent threat. Last season’s relegation was largely attributed to the team’s set up and lack of goals, so Monk will be looking to rectify that to give himself the best chance of leading his new club back to the top flight at the first attempt.

His record of 40 goals in 149 games for Toulouse represents a more than respectable return for someone not considered to be an out and out striker.

It is understood the Braithwaite deal doesn’t affect any potential deal for Nottingham Forest’s Britt Assombalonga, who has been continually linked with a £15m move to The Riverside. It is thought that Monk is keen to recruit both players.