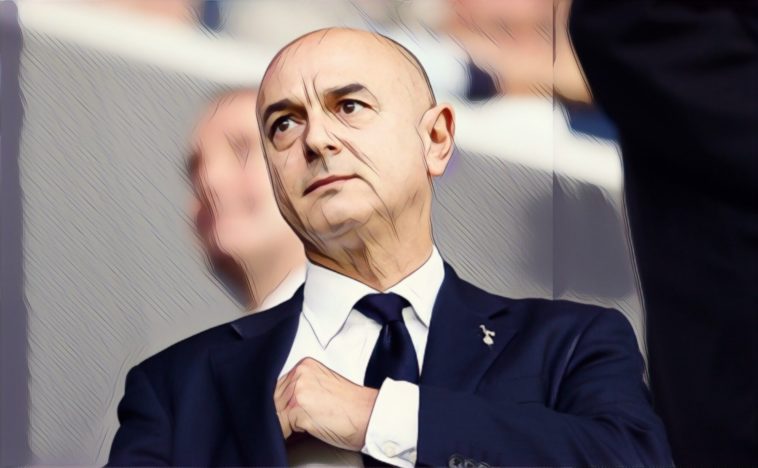 Tottenham chairman Daniel Levy has revealed why the club failed to offload their unwanted stars this summer.

The North London side were amongst the highest spenders in the Premier League during the summer transfer window, but struggled to find suitors for several of their unwanted players.

The likes of Victor Wanyama, Serge Aurier and Danny Rose, among others, were all strongly linked with moves away throughout the transfer window, though each of the trio remained with Mauricio Pochettino’s side.

The club have endured a difficult start to the new season, though Levy has defended Pochettino and admits the club were not able to conclude all of their intended business.

Speaking at a meeting of the Tottenham Hotspur Supporters Trust, Levy reiterated the difficulty in securing both incoming deals and sales during the transfer window.

The minutes of the meeting read: “DL (Levy) said Tottenham had been one of the biggest spenders among Premier League clubs in the recent transfer window. It had also not generated all the sales the club hoped for.

“DL reiterated just how difficult it is to get a transfer over the line.

“In 90 per cent of instances either a buyer could not be found for a player or the player did not wish to join the club that had expressed an interest in buying them.”

Tottenham Hotspur are also currently facing the prospect of losing several first-team stars for nothing next summer, the likes of Christian Eriksen, Toby Alderweireld and Jan Vertonghen having entered the final year of their respective contracts.

Levy admits it is impossible to force players to extend their deals, but says the likely exits of the aforementioned stars is not a case of players “not wanting to play for Tottenham any more”.

“DL said it wasn’t possible to make anyone sign a contract if they didn’t want to,” the minutes continued.

“Some players have been at Spurs for a long time and want to pursue opportunities elsewhere.

“It wasn’t always about not wanting to play for Tottenham any more.”