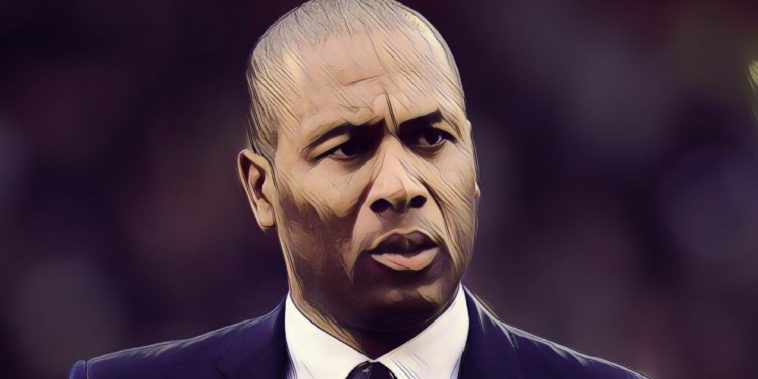 Former England striker Les Ferdinand has called on football’s authorities to be ‘more drastic’ in their punishments in order to get on a grip on the problem of racism that is currently gripping football.

There have been a number of high profile incidents in the footballing world recently, with black players being racially abused from either the stands or on social media.

England’s Raheem Sterling has often been at the forefront of the fight after being abused on a number of occasions, including on duty for both club and country, with Chelsea fans being caught on camera abusing the Man City forward earlier this season at Stamford Bridge.

Speaking about a potential solution to the issue, former Newcastle and Spurs striker Les Ferdinand has suggested that it should be tackled in a similar manner to the hooliganism problem that gripped English football back in the 80’s.

“What did they do to English teams? They banned them for five years,” Ferdinand told Sky Sports News. “Kick them out of the competition, you’ll soon solve the problem.”

“When I was on the pitch I’d go and score a goal, go down the tunnel, get on the coach and I’m protected,” the 52-year-old continued.

“The problem is I’ve got a black mum and dad, black cousins, aunties and uncles who want to go to the football. Why should they be subjected to that in a stadium?

“What you need to do is ban whatever team it is from the competition.

“The people that are in charge of making these decisions have never been racially abused, so they do not understand the situation – all they do is pay lip service to it.”

When asked if it was fair that the minority of people were able to ruin it for the majority, Ferdinand said that the current measures simply aren’t effective enough to tackle the issue.

“We put in CCTV footage, we put security guards in to be able to eradicate these problems, that hasn’t happened. So we need to go more drastic.

“The people making the decisions have never been racially abused. They may have empathy for it but they do not understand it.”