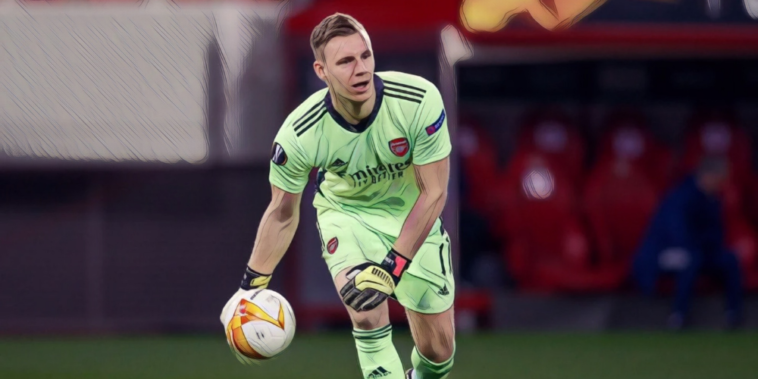 Bernd Leno says he is ‘happy’ at Arsenal but admits he would be ‘open’ to ‘a new adventure’ away from the Emirates.

Leno has two years remaining on his current contract with the north London side but is yet to open negotiations over an extension, raising doubts over the goalkeeper’s long-term future with the Gunners.

The 29-year-old has been the club’s first-choice goalkeeper since signing from Bayer Leverkusen, with Mikel Arteta sanctioning the sale of Emiliano Martinez to Aston Villa last summer in a show of faith to the Germany international.

However, Leno has now placed doubt over his own future with Arsenal and says he would be ‘open’ to a ‘new adventure’ despite his happiness with life in the capital.

“I’m open for everything: for a new adventure or stay at Arsenal,” Leno said, as per the Times. “I don’t think about my future because two years is a long time. At the moment there are no conversations with the club.

“At the moment it is not the time to speak about the future. I am 29, which is not too old for a goalkeeper. I am very happy at the club.”

Leno also discussed Arsenal’s season with the club having endured a difficult campaign, the north Londoners currently ninth in the Premier League and facing the prospect of missing out on European qualification.

Arteta’s side face Slavia Prague in the second leg of their Europa League quarter-final tie this evening with the score level at 1-1, winning the competition perhaps the Gunners’ last chance of securing a place in Europe for next season.

“When you think about the future without Arsenal in a European competition, it doesn’t feel right,” Leno said. “Our job is to make sure that doesn’t come true. Arsenal belongs to Europe and that’s our target and that’s our job.”