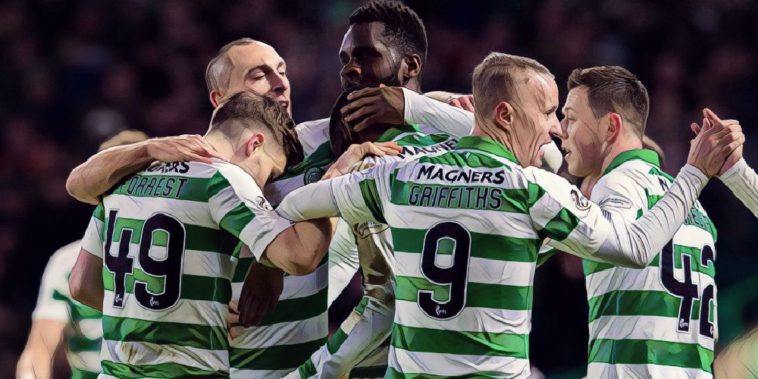 Neil Lennon has praised Celtic’s ‘relentlessness and hunger’ after seeing his side extend their lead at the top of the Scottish Premiership with a 5-0 thrashing of Hearts.

The defending champions continued their fine recent form with a comprehensive victory at Celtic Park, Olivier Ntcham opening the scoring before Christopher Jullien’s header doubled the advantage just seconds after the interval.

Further goals from Callum McGregor, Ryan Christie and Jozo Simunovic extended the club’s winning run to eight successive games, whilst it was a sorry evening for bottom-placed Hearts who had Marcel Langer sent off late on.

Victory was Celtic‘s 17th in their past 18 league games, whilst defeat for title rivals Rangers at Kilmarnock saw the club extend their lead at the top to 10 points as the club seek a ninth consecutive title.

Lennon was full of praise following the latest ’emphatic’ performance from his side, the Northern Irishman particularly happy their dominant second-half display.

“I couldn’t have asked for any more from the team,” he told BBC Scotland. “To beat a team as good as Hearts with an emphatic scoreline like that was very pleasing. There was a relentlessness and a hunger about them in the second half.

“It gives us a little bit more of a margin to lean on [after Rangers losing]. It’s a long way to go and it could flip at any time. We’re not counting our chickens and getting carried away. I’m just delighted with the performances being put in at the moment.”