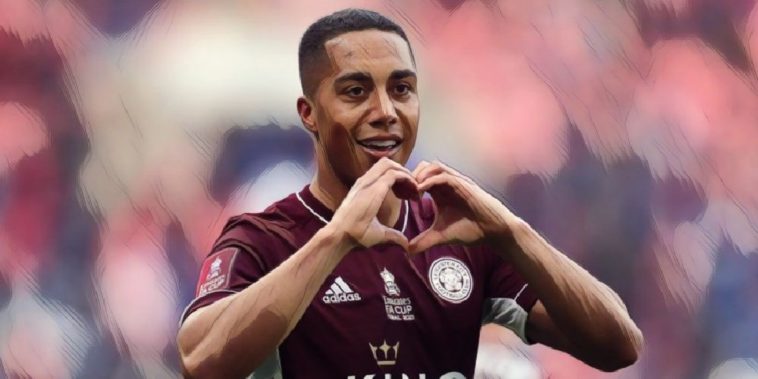 Leicester are set to open talks with Youri Tielemans over a new contract as the club look to tie down the FA Cup final hero to a long-term deal.

Tielemans wrote his name into the Foxes’ history with a stunning winner in Saturday’s 1-0 win over Chelsea, Leicester winning the FA Cup for the very first time in their fifth appearance in the competition’s final.

The Belgium international has been in excellent form for Brendan Rodgers’ side this season and an integral figure in their success, starring in midfield as Leicester push towards a top-four finish and Champions League qualification.

The 24-year-old currently has two years remaining on his contract and the Mail are reporting that Leicester are now making moves to secure his future, with Tielemans set to be offered a new deal that will take him closer to Jamie Vardy and Kasper Schmeichel as the Foxes’ highest-paid player.

Caglar Soyuncu and Harvey Barnes are also set to be handed new contracts as Leicester look to keep together their side this summer and continue pushing to upset the established order of England’s elite.

Leicester are hopeful that securing Champions League qualification – alongside the club’s historic FA Cup success – can persuade their best players to remain at the King Power Stadium as the club bid to challenge the Premier League’s best on a regular basis.

Rodgers’ side face beaten FA Cup final opponents Chelsea again in the Premier League tomorrow in a must-not-lose fixture for both sides in the race to secure a top-four finish.