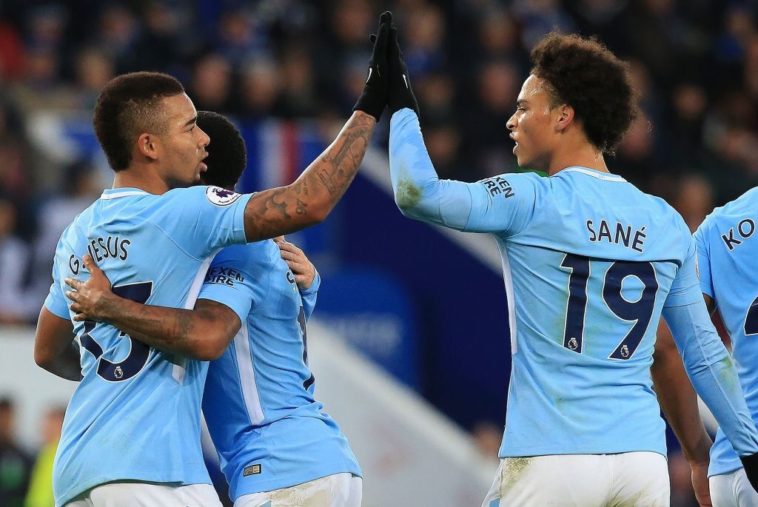 Manchester City strolled past Claude Puel’s Leicester City at the King Power Stadium to maintain their lead at the top of the Premier League after 12 games.

It was one of the Foxes’ better performances this season but Pep’s men were just too good on a day decided by two stunning- and very different- Manchester City goals. First Gabriel Jesus tapped in to finish a brilliant passing move before De Bruyne scored one of the goals of the season with his weak foot after the break. Here’s what I learned from a ninth consecutive league victory from the leaders…

City’s Defensive Woes Continue… to be a Myth

Manchester City can’t defend. It’s a universally accepted truth, from pundits to rival fans to journalists. But is there anything in it?

Well, the Mancunian side have the second best defensive record in the league this season and it showed today. Despite the suspension of Nicolas Otamendi and the early injury to John Stones, Leicester rarely caused City any issues. Another clean sheet for impressive goalkeeper Ederson here will only boost their confidence as they welcome Feyenoord and then Huddersfield Town next week.

Cause for Aggravation for Leicester

Over the coming days, focus in the post-match analysis will undoubtedly be placed on a very early incident in which Vincent Kompany wiped out Jamie Vardy, who would’ve been clean through on goal. The City skipper was booked- but should he have seen red?

In a word, yes. It was almost certainly the wrong decision from referee Graham Scott, not that Pep Guardiola will mind. But it can’t be denied that, had Kompany been sent off, it would’ve become a completely different game.

Overlooked Jesus is a Contender

A quick one here- ask 100 people who will win the golden boot in the Premier League this season and I bet not one of them will back Gabriel Jesus- and yet the young Brazilian keeps on scoring.

His eight goals in the competition so far rank him joint second, along with Sergio Aguero, just one behind top scorer Mohamed Salah. As well as this, he became the third City player (after Aguero and Sterling) to reach double figures in all competitions this season. Not bad for a tap-in merchant!

If you asked me to sum up Pep Guardiola’s brand of football in fifteen seconds, I’d just show you a video of Gabriel Jesus’ goal today. And it’s hard to think of it like that- as Jesus’ goal. I prefer to refer to it as City’s first goal because it was really the work of five different players linking up in beautiful understanding.

Sterling, often criticised for his final ball, played a beauty to David Silva, who probably could have scored, but instead squared it to Jesus, who tapped in. Everything about it was perfect- the patience, the passing, the vision, the selfishness and the calm finish at the end.

I’m getting sick of lauding Kevin de Bruyne but the league’s best player was at it again today. He absolutely dismantled Leicester with contributions all over the pitch in the first half but the standout moment of the match was his goal. It was a sensational strike, on his weaker foot from well outside the box, set up calmly on the break by Leroy Sane. Kasper Schmeichel had absolutely no hope of stopping the effort, but we should remember that Leicester

City very nearly scored at the other end just seconds before. Guardiola has turned his team into one of Europe’s best counter-attacking sides, and Leicester were made to pay in this match.