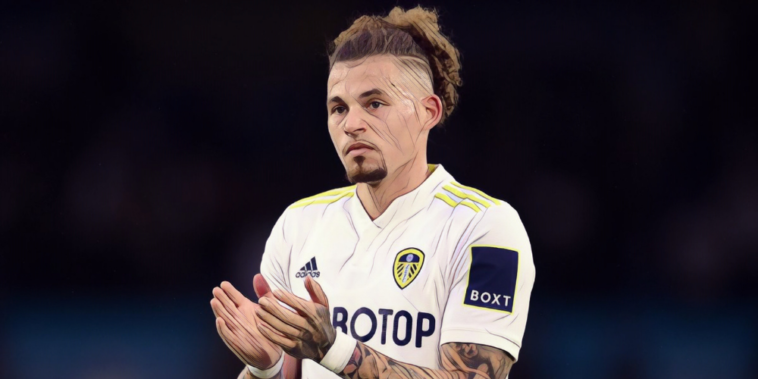 Leeds United midfielder Kalvin Phillips is ready to snub any interest from Manchester United, amid concerns over the potential ramifications of making such a controversial move.

The 25-year-old is currently attracting attention after a stellar last few seasons for both club and country, having played an integral role in England’s surge to the Euro 2020 final last summer after only breaking into the side late last year.

The midfielder caught the eye following his starring role in Leeds‘ promotion to the Premier League during the 2019/20 campaign, having been converted into an effective deep-lying playmaker following the arrival of Marcelo Bielsa a year earlier.

Amid what was an impressive return to the top-flight for the club as a whole last season, Phillips swiftly adapted to life at a higher level and has gone from strength to strength again this term, notably starring in the recent 2-1 defeat to Tottenham Hotspur.

With his stock on the rise, he has been linked with a move to one of the division’s biggest clubs in Manchester United, although the Star are reporting that the versatile Englishman is set to snub any possible interest from the Red Devils.

The report outlines that he has no plans to make the move to Old Trafford next summer, despite United being keen on a deal as they look to solve their current defensive midfield woes.

Phillips – whose asking price is said to be in the region of £60m – is wary of the potential backlash for both he and his family should he opt to make the highly controversial switch to Leeds’ bitter rivals from his hometown club.

That refusal to make the move to the Theatre of Dreams could well open the door for Liverpool, with Jurgen Klopp’s side also keen to bolster their midfield ranks having seen Gini Wijnaldum depart last summer.