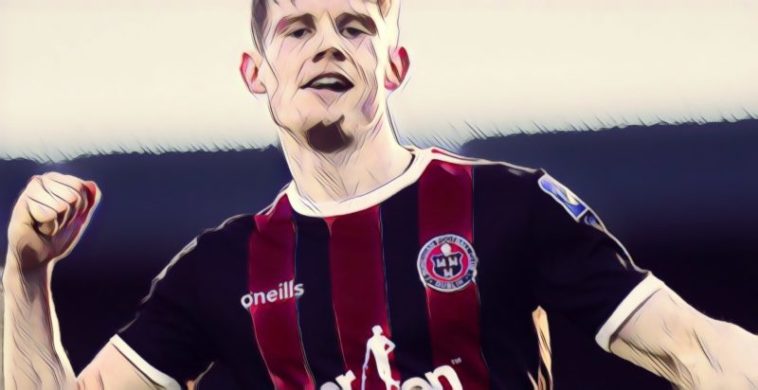 Cork City’s results have improved under John Cotter, but their performances has not seen a marked improvement in their attack; Ryan Swan made an impact as a stand-in for Dinny Corcoran at Bohs; and Shelbourne may finally be living up to their favourites tag in the First Division.

Lack of goals from play a real concern for Cork

Last week St. Patrick’s Athletic were undone by a late Sean Hoare goal after defending so resolutely in Dundalk, but it was their turn to inflict a last second punch to the gut at Richmond Park.

Paddy Madden scored in the 94th minute of the game to steal a point from Cork City, although the visitors won’t be thanking referee Ben Connolly anytime soon for playing well above a minute over the three that had been added on at the end of the game.

Interim manager John Cotter was certainly raging when the whistle finally did blow on Friday night, confronting the officials on the pitch afterwards. As sickening a blow as it was for the Rebel Army, their lack of creativity is really coming home to roost.

Karl Sheppard’s skillful strike nine minutes into the second-half was not only the second proper chance they had in the game, but it was also just the second goal Cork have scored from play. Every other goal bar one of their 18 scored this season has come from a set piece.

Even at their best Cork have never been the most fluent side, but their lack of creativity has become shockingly bad; only UCD and St. Pat’s themselves have scored less goals than them. And as John O’Sullivan pointed out on Twitter during the game, they barely touched the ball in the opposing half in the first 45, with their first sustained bout of possession coming in the 24th minute.

Cork were better in the second half, but they will find themselves frustrated more often than not if they don’t come up with a solution to their attacking woes.

At the end of the day Bohemians won’t mind how they did, just so long as they got their season back on track. Conceding three goals to the bottom side in the division is hardly ideal, but they have stopped the rot and got their first victory in six league games.

All the goals from Dalymount as Bohs defeated Finn Harps #rtesoccer pic.twitter.com/XAicXU8w13

On top of reaching the semi-finals of the League Cup with a 2-0 win over Cork on Monday, it’s been a pretty good week for the Dublin side all things told. But the main thing was that they got their scoring mojo on for the first time this season.

Having scored just 20 goals out of 19 outings in both competitions heading into this week, Bohs ended up finding the net seven times in the space of five days. Their 5-3 win over Finn Harps at Dalymount Park aslo happened to be the most thrilling game of the weekend as well, in which each side scored within the opening three minutes.

The Gypsies will be most pleased about Ryan Swan’s contribution to the match, as he was replacing the injured Dinny Corcoran up front. The 23-year-old scored a brace on the night.

Meanwhile, Harps were as defensively shambolic as ever, conceding some soft goals to go along with the four they let in against Derry City last week. The Donegal outfit are conceding at a shocking rate of 2.4 goals per game.

Caolon McAleer’s sending off was a real low point for the visitors, but Daniel O’Reilly did at least leave the best ’til last with this stunning effort:

What a hit by Daniel O'Reilly at Dalymount last night!

Next up we have Dundalk at home next Saturday #UTH pic.twitter.com/HfRJclQJ0B

Shelbourne claim First Division lead, but for how long

Most observers’ favourite to top the First Division table before the season started would have been Shelbourne, but a slow start saw them fall off the pace. Last season’s tally of three losses was overtaken within the first two months of the current campaign.

Considering the fact that last year’s total was good enough only to reach the playoffs, it would not have been outlandish to think they might struggle to compete for promotion this year. But they have benefited greatly from the competitive nature of the second tier.

Less than a month since their last defeat — 1-0 away to Cabinteely — Shels have won four on the spin, the latest of which was the most impressive of all, as they beat Longford Town by the slimmest of margins. Now they find themselves at the summit for the first time.

Longford, Bray Wanderers, and Cabinteely have all held first place at some point this season, but it feels as if it’s only been for a few weeks at a time. The top half of the table has been in non-stop flux, which is great for us as neutral observers, but is probably shredding the nerves of those involved.

So Shelbourne have the reins for the moment, but for how long will that last?