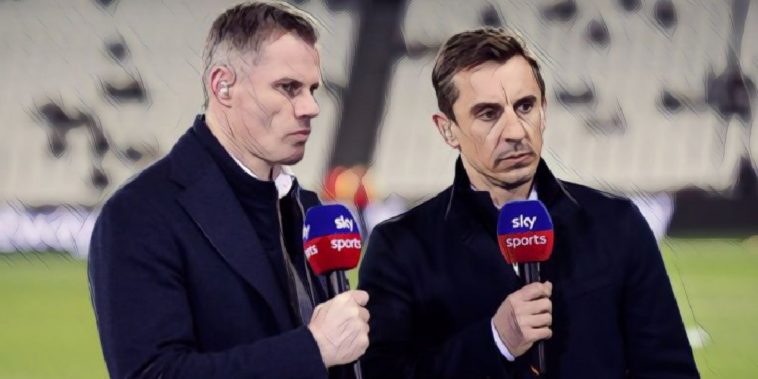 Leading pundits and fan groups have penned an open letter to the government, calling for the introduction of independent football regulation.

The ownership of football clubs has rarely been far from headline news in recent months, following the controversial plan for a breakaway European Super League involving several of the Premier League‘s leading sides.

Those now-defunct plans sparked outrage from fans and figures across the sport, sparking renewed efforts to oust controversial majority owners with protests having been held at the likes of Manchester United and Arsenal.

The Super League proposal shone a light on the concerning manner in which football clubs are currently being run, with leading pundits having now come together to call for changes and ensure the voice of the fans is heard and the game’s future is secure.

Gary Neville, Jamie Carragher, Rio Ferdinand and Gary Lineker are amongst the names to have joined forces alongside several fan groups, penning an open letter to the government calling for independent regulation to be brought into football with former Sports Minister, Tracey Crouch, having already launched a review into ownership of football clubs in England.

The letter reads: “As football fans, we were appalled by the attempt to set up a European Super League.

“It was a direct threat to the integrity of the game; destroying the concept of sporting merit and open competition.

“Supporters came together with one voice to oppose the cynical power-grab by a group of wealthy owners. The furious protests were heard and the breakaway fell apart.

“Now we must make sure this never happens again. Without swift and direct intervention, the return of a European Super League will be a constant threat.

“We welcome the fan-led Government review of the game and hope it leads to lasting change on an array of important concerns; including co-ordinated strategies to deal with racism, supporters’ representation within clubs, LGBTQ issues, ticket costs and the distribution of income. All of those aims can be realised if we take decisive action now.

“It is time to act. We support:

“This regulatory body would have a duty to represent the interests of supporters, protect against bad practices, adjudicate as the overarching body on matters involving the FA, Premier League and EFL and, generally, seek to prioritise the wider good of the game, rather than allow clubs to act solely in their own self-interests.”