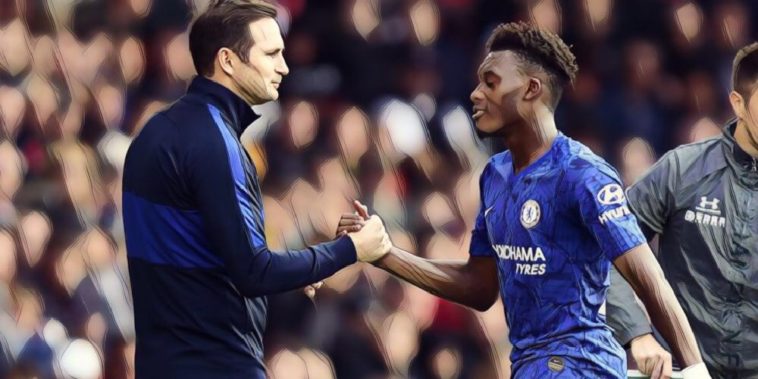 The England international has starred since returning from a long-term Achilles injury, providing three assists in just three Premier League fixtures and producing an stand-out performance in Saturday’s 1-0 win over Newcastle.

Chelsea return to Champions League action on Wednesday night with a trip to face last season’s semi-finalists Ajax, and Lampard admits Hudson-Odoi’s recent showings have given him a selection dilemma over whether to field the teenager over more experienced teammates.

Asked in his pre-match press conference if Hudson-Odoi is ready for the step up to Champions League level, Lampard said: “I think he is but so are other players and with that comes my problem of selection for games as I have a competitive squad.

“Some are fresh to the Champions League and some have been here before, but just isolating Callum, his performance against Newcastle was huge signs of what we want to see.

“We know the talent is there and it is great his contract is signed now, and the problems he gave Newcastle were things I really want to see consistently from him, which are end product and delivery to the box, getting at people and running behind.

“The extra level that is the Champions League – the detail, the focus, concentration for 90 minutes, making the most of tiny moments, will be a test for all the young players, not just Callum.”