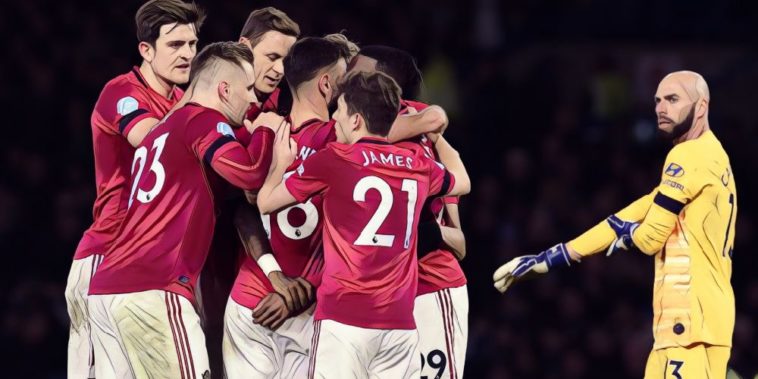 Frank Lampard says Chelsea must be ‘confident’ ahead of this weekend’s FA Cup semi-final against a ‘potent’ Manchester United side at Wembley.

Chelsea meet Manchester United in the last four of the FA Cup on Sunday in a repeat of the 2018 final, with both sides holding high hopes of lifting the trophy next month, the victors set to face either Manchester City or Arsenal in the final on August 1.

Lampard’s side sit above their opponents in the Premier League but face one of the form sides in English football at present, United having extended their unbeaten record to 19 games in all competitions following Thursday night’s 2-0 success at Crystal Palace.

The two sides have already met on three occasions this season with Chelsea losing each encounter to date, but Lampard is keen for his side to buck that trend this weekend and has urged his side to be confident against Ole Gunnar Solskjaer’s free-flowing and ‘potent’ forward line.

“We know they’re playing well,” Lampard said at his pre-match press conference. “They have a very potent front three, probably the most potent front three in the country on pure numbers anyway and obviously [Bruno] Fernandes has made a huge difference since arriving in January.

“You see the strength that’s brought to their team with individual quality but we know that. We have to be confident in ourselves, deal with their threats and worry about us as well.”