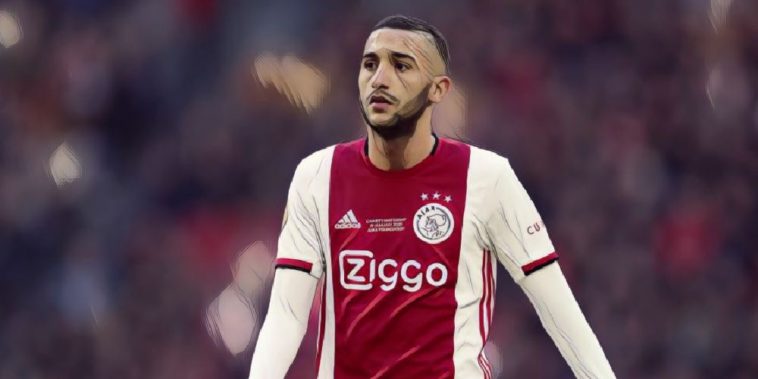 Frank Lampard has spoken of his excitement following the news Chelsea have agreed a deal with Ajax for playmaker Hakim Ziyech.

The two clubs have agreed terms on a deal that will bring the Morocco international to Stamford Bridge this summer, the 26-year-old set to move to the Premier League for an initial fee of €40m.

Ziyech has starred for the Dutch champions in recent years and was a key player during their run to the Champions League semi-finals last season, whilst his creativity has been evident with the player having been directly involved in 47 goals in 47 Eredivisie appearances since the start of last season.

Lampard has expressed his delight at securing his first signing as Chelsea manager with the capture of the winger, admitting he had been impressed by Ziyech’s displays last season and during the meetings between the two sides in this season’s Champions League group stages.

Hey @ChelseaFC, you have to believe in his magic.

And great things will happen. 🔮

“I think he’s a fantastic player. He first came into my eye-line in their run in the Champions League last year,” Lampard said at his pre-match press conference. “I thought he was one of their standout players, particularly in their games against Tottenham.

“We’ve come up against them twice this season so I know a lot about him. I know about his qualities.

“He’s got a great left foot and plays generally off the right-hand side but can play behind the front man. Probably when you look at us this season there have been game where we may have maybe struggled to unlock the door.

“He’s certainly a player we hope can bring that bit of creativity and something different for us. He scores goals, assists.

“I know he’s not coming now but I think it’s exciting for us as a club and the fans to know that he’ll be here next year.”