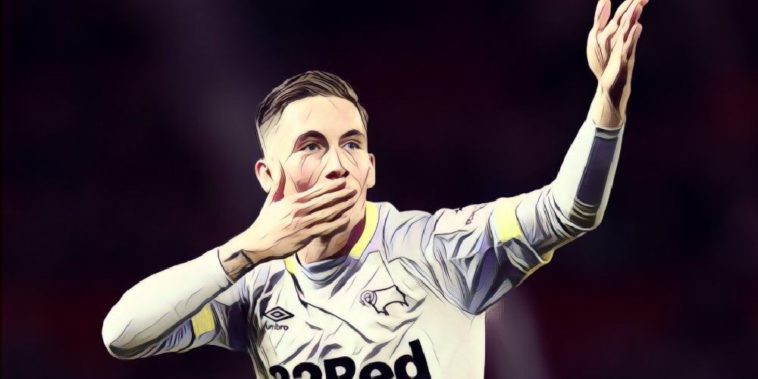 Frank Lampard has assured Derby County fans that Harry Wilson will be staying at Pride Park for the remainder of the season, and will not be recalled from his loan spell by his parent club, Liverpool.

Wilson has been a real hit in the Championship with Derby County, and has recently scored two wonderful free-kicks to really announce himself to a wider audience.

The Welshman struck a phenomenal free kick at Old Trafford to help knock Manchester United out of the Carabao Cup last month, before repeating the feat in Wales’ 1-0 win over Ireland in the UEFA Nations League this week.

His form and sensational goalscoring exploits have seen some suggest that he could be recalled by Liverpool, but Derby boss Frank Lampard has assured Rams fans that he will stay with the East Midlands club for the remainder of the season.

“He’s our player for the year,” said the Chelsea legend.

“He’s a Liverpool player for the future. I’ve answered this with Mason Mount before. We are looking after them for a year and hopefully improving them. Liverpool fans shouldn’t worry because hopefully we’ll give them a very good Harry Wilson when he goes back.

“Harry will have a spring in his step; he should do. It was another great free-kick. I thought he played very well in the second half in particular. And that’s what Harry can do, hopefully he can do that for us more.”