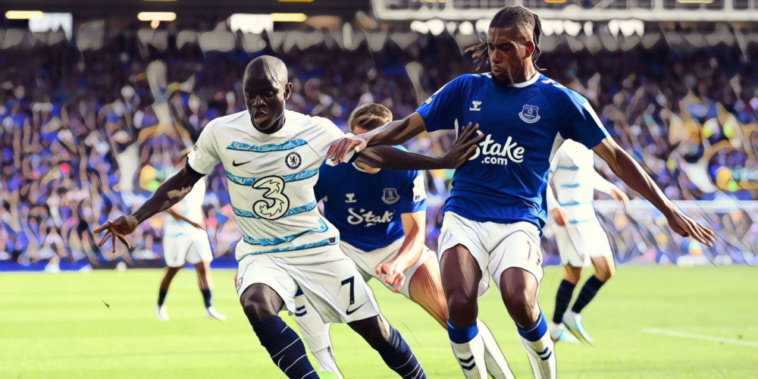 Frank Lampard has explained why he is ‘really positive’ about Alex Iwobi’s move to a central midfield role.

Iwobi featured in an unfamiliar central midfield role during Everton’s season opener against Chelsea last weekend, performing in a deeper position due to the Toffees’ lack of options.

Lampard was pleased with the performance of the Nigeria international despite Everton’s 1-0 defeat and has praised Iwobi for his adaptation to the new role.

Lampard insists the change was a necessity due to the club’s injury problems, but is positive that Iwobi can continue improving in a more disciplined position.

“It is a necessity at the moment for Alex Iwobi to be able to play in that role because of injuries we have had and players who are not ready to play in the number six,” Lampard told his pre-match press conference ahead of Everton’s trip to Aston Villa.

“It is really encouraging. I didn’t have any worries about him. The only worry I had was putting a player who is accustomed to playing as a winger in as a number six against a very offensive team like Chelsea, who can give you a lot of problems through midfield. Could he deal with that side of the game?

“We spoke to him about that and he took the information on board – so really positive.”