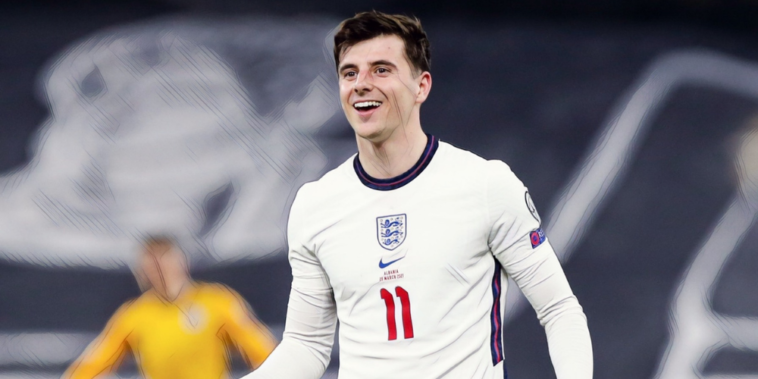 Frank Lampard has backed Mason Mount for an instant recall into the England side despite the midfielder undergoing a 10-day period of isolation away from the squad.

Mount and Ben Chilwell have been forced into a period of self-isolation after coming into close contact with Chelsea teammate and Scotland midfielder Billy Gilmour on Friday, with Gilmour having tested positive for Covid-19 following the goalless draw with England at Wembley.

The duo missed the 1-0 win against the Czech Republic on Tuesday as England secured their place in the knockout rounds as group winners, though both could return for the last-16 meeting with Germany at Wembley next week.

According to Mail, England are seeking permission for Chilwell and Mount to take part in socially distanced training, though former Chelsea manager Lampard has backed Mount to make an instant return to the side despite his absence from the rest of the squad.

Lampard believes the 22-year-old has the intelligence to understand Gareth Southgate’s game plan with limited preparation and believes the Chelsea star’s ‘off the ball’ work could prove crucial as England bid to reach the quarter-finals.

“His fitness is unquestioned. How he will handle himself, I’m not sure what the practical nature of it and if he can go out and train but if he can on his own and keep himself at a level.

“I think Gareth can rely on him, the game we’re gonna have we’ll need to be very good off the ball as we are on it and Mason is a very complete package.

“I just sense if he can train on Monday with the team, get him anywhere near fit, I think Mason is so intelligent you can drop the game plan to Mason in meetings and he picks things up. So I wouldn’t be surprised if he relies on Mason whatever.”