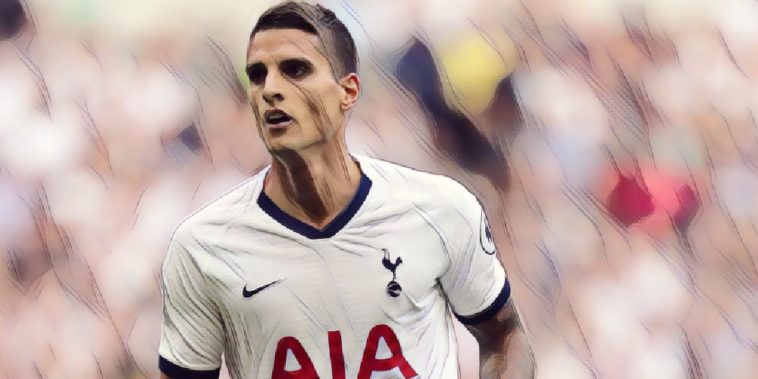 Erik Lamela says he is looking for to Tottenham’s ‘busy’ September schedule.

Having begun the month with a North London derby draw with Arsenal, Mauricio Pochettino’s side will play five further fixtures before the end of September as their Champions League and League Cup campaigns get underway.

Spurs will face Crystal Palace, Leicester and Southampton in the Premier League before October, whilst Greek side Olympiakos will also travel to England as the club begin their European campaign on September 18th.

The club also face a trip to League Two Colchester United in the Carabao Cup, but despite the hectic schedule, Lamela says a ‘busy’ fixture list is ‘good for the team’.

“September is busy, and I like that,” Lamela told tottenhamhotspur.com. “Everyone gets minutes, everyone gets fitness and that is always good for the team, for all the players, for the mentality.

“We did well against Arsenal and if we win the first few games after the international break we can really go forward. I think we play better when we have a lot of games. Hopefully we can win the next few games and really start to push on.”

After making just nine Premier League starts last season, the Argentina international has begun the new campaign as an ever-present, starting each of the club’s opening four fixtures.

The 27-year-old admits he has been pleased with his own start to the new campaign, but says team success is all that matters after the club’s indifferent form.

“Personally, I feel good and from the beginning of the season, it’s true, I’ve started all the games. But that doesn’t matter for me. The team is all that matters,” he added.

“I always try to be fit. At times, you can have problems, like I did in the last few seasons, but I always do my best to be available and this season has started well.”