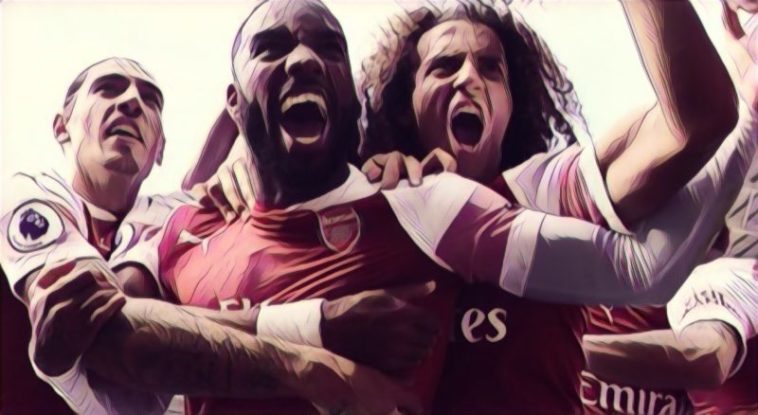 Alexandre Lacazette has backed Arsenal teammate Matteo Guendouzi to become a world-class midfielder and says the youngster is showing he can be ‘one of the best’.

Guendouzi has emerged as a key figure in the Arsenal side since his arrival from Lorient last year, with the 20-year-old earning a first senior call-up to the France squad and being nominated for the Golden Boy award, being named on the 20-man shortlist to be recognised as the best player in the world aged under 21.

The midfielder was also named as Arsenal’s Player of the Month following his impressive performances in September, and Lacazette has tipped ‘younger brother’ Guendouzi to continue his improvement and develop into an elite talent.

“He is like the younger brother [in the friendship group with Pierre-Emerick Aubameyang],” Lacazette said.

“We all really have a good relationship, we like to work and to laugh together so it’s really good.

The 20-man shortlist for the 2019 Golden Boy has been announced 🔥 pic.twitter.com/W2AGMWnsCK

“I’m really happy for Matteo, he played really well, he helped the team when we needed him, he is really improving each season so we are all really happy with his performances this month.

“We can see that every top midfielder in the world is like this [demanding the ball and being brave in possession].

“They all want to take the ball.

“Matteo has a good ambition, he wants to be one of the best players in his position so every day he is trying to be the best and this month he showed that he can be.”