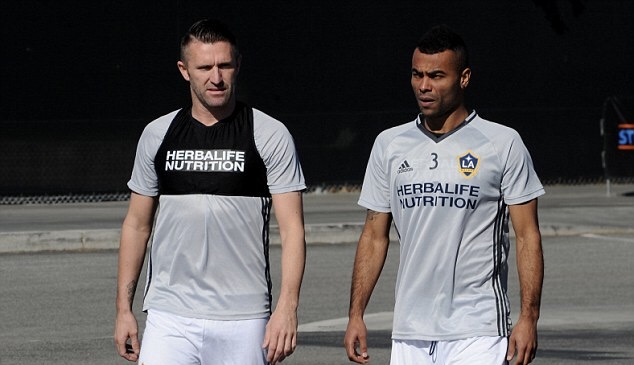 Birmingham City are thought to be interested in bringing in two players from MLS club, LA Galaxy.

LA Galaxy full-back Ashley Cole is considering a move back to England. The former Chelsea player has been touted by Birmingham City, as manager Harry Redknapp is keen on his services. Former teammate Robbie Keane is also said to be considering a move to the Midlands.

Speaking to the Birmingham Mail, Redknapp stated the following:

“Someone mentioned him and I thought ‘That is an interesting player, for sure’. You can’t beat a bit of quality.”

Cole joined LA Galaxy in January 2016, following a spell with Serie A club AS Roma. Cole also has 107 England caps to his name.

It has also been reported that former Galaxy teammate Robbie Keane is also contemplating a return to England. The former Spurs striker is currently a free agent after being released by the MLS club, and is without a club at this point in time. The Irishman claimed if Cole joins Birmingham, he would be tempted to join his ex-teammate.

Keane enjoyed his five year tenure in Los Angeles, scoring 83 goals for the American side.

Birmingham City fans: Would this duo signing please you? Are Ashley Cole and Robbie Keane good fits for the side? Let us know your thoughts.