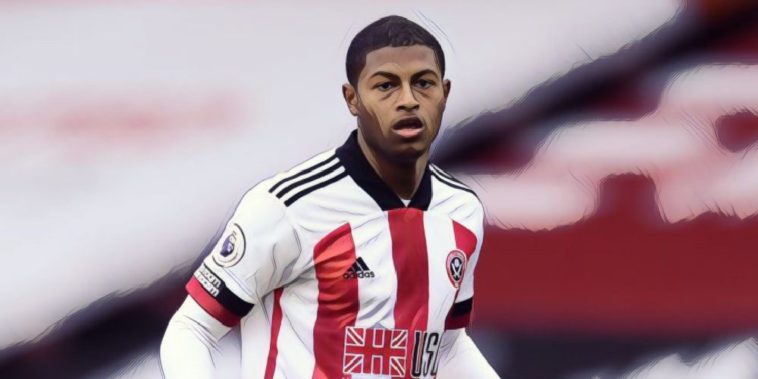 Jurgen Klopp says Liverpool are well aware of the ‘threat’ posed by Rhian Brewster ahead of his side’s ‘tricky’ clash with Sheffield United this weekend.

Liverpool host Sheffield United tomorrow evening looking to bounce back from last weekend’s Merseyside Derby draw at Everton, where they will be greeted by a familiar face with former youngster Brewster in line for his first start since moving to Bramall Lane earlier this month.

The England U21 international was highly regarded at Anfield but was allowed to leave in search of regular first-team football after finding his pathway into the Reds’ attack blocked, though Liverpool insisted on a buy-back clause in the forward’s club-record move to the Blades.

Brewster made his debut as a substitute against Fulham last weekend but now could be handed a starting spot against his former side, Klopp wary of the ‘threat’ posed by a player he describes as a ‘natural finisher’.

“We know him very well and that’s the problem, we know how good he is,” Klopp said at his pre-match press conference.

“He used to be our boy and it means I always wish him a nearly perfect Premier League season, that’s 36 world-class game and two days off – that’s when we play them.

“If he is on the pitch we know we cannot let him finish. He is a natural finisher and that is his biggest threat.”

Sheffield United have endured a disappointing start to the season and have just one point from their five fixtures to date, failing to keep a clean sheet in a notable dip in performances from last season’s exploits.

Klopp, however, is refusing to read too much into the Blades’ poor start and says the visitor’s ‘completely different’ style of play will provide his side with a stern examination.

“Sheffield United, the way they play, is completely different and they deserve a lot of attention for what they do because it is really good.

“Even when the results are not so far like they wished for the performances, they have not been bad and I’m sure Chris Wilder knows that.

“For us that makes it tricky and they had full week to prepare for this game. It will be a tough one for us like it always is against Sheffield United.”