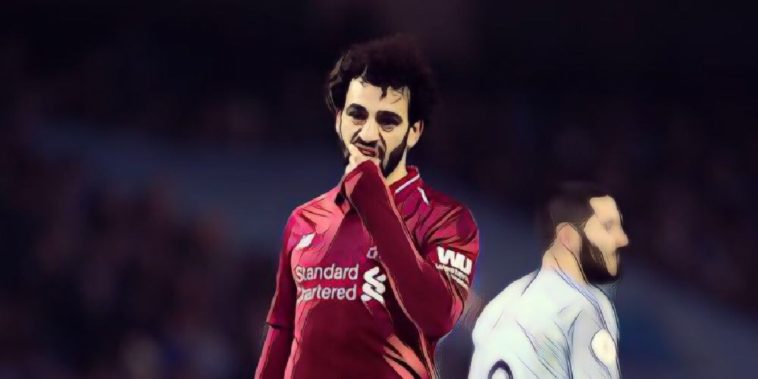 Jurgen Klopp has said that he thought his side were unlucky in their ‘finishing moments’ after they suffered their first defeat in the Premier League this season in what was an exhilarating game at the Etihad.

Manchester City took the lead in the first half through all-time leading record scorer Sergio Aguero, before Roberto Firmino headed the visitors level in the second half.

However, the hosts would deliver the killer blow with 18 minutes to go, as Leroy Sane’s effort crept in via the post to move them four points behind Liverpool in the title race, and speaking after the game, Jurgen Klopp thought his side were unlucky.

“We were unlucky in our finishing moments. Unluckier than City I would say. Sane scores and the situation with Sadio when he hit the post. They had periods where they dominated the game and everybody felt the intensity. But we came back and had big chances.

“It is always like this. You have to score in those moments. When Aguero scores there is no angle. In similar situations, we didn’t score.

“It was not our or City’s best game because we both made it difficult for the other team. I have already said to the boys this is OK. We lost it but it will happen. Tonight it is not nice but it is not the biggest problem.”

However, Klopp thought that Man City should have been made to play with 10 men, following Vincent Kompany’s challenge on Liverpool number 11, Mohamed Salah.

“I really like Vincent Kompany but how on Earth is that not a red card? He is last man and he goes in. If he hits Mo [Salah] more he is out for the season. It is not easy for the ref and he may not see it how I see it.

“Our expectations are high. We can play better. On the other side it was an intense game. You have to take the game how it is. You can’t always dominate it. With a bit more luck we could have got 2-2, which would be perfect for us.”