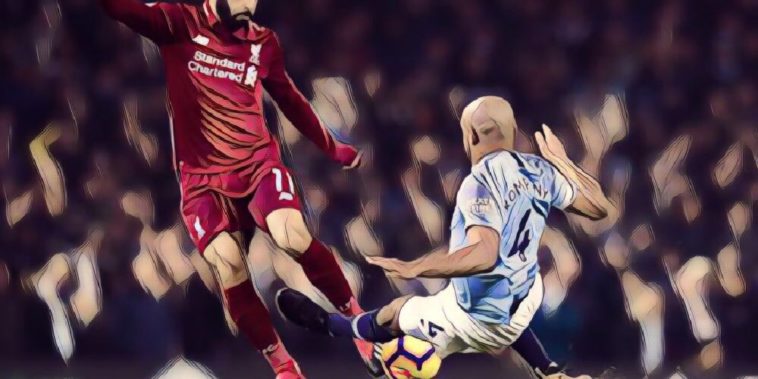 Manchester City captain Vincent Kompany was left absolutely buzzing after his side beat Liverpool to close the gap at the top of the Premier League.

Man City had fallen seven points behind Liverpool in the title race in recent weeks following their unexpected defeats to Crystal Palace and Leicester.

However, goals from Sergio Aguero and Leroy Sane, either side of a Roberto Firmino equaliser was enough to see the hosts close the gap to four points, and having been drafted in to the heart of the defence for what was a rare appearance, Vincent Kompany was absolutely delighted with the performance from his City teammates at the Etihad this evening.

“I’m not worried about the result I’m buzzing with the tremendous performance,” Kompany told Sky Sports.

“We went toe to toe with a very aggressive team and we matched them. It’s still in Liverpool’s hands. It came from our guts, a desire you can’t describe. We are a better team when we play with emotions.”

There were suggestions that Kompany could have been sent off for a challenge on Mohamed Salah, but the Belgian defended his actions, saying he got the ball and he didn’t intend to hurt the Egyptian.

“I thought it was a great challenge, was it not? I got the ball, a little bit of the man but it wasn’t naughty. I didn’t try to injure him. It was that or let him go through on goal.”