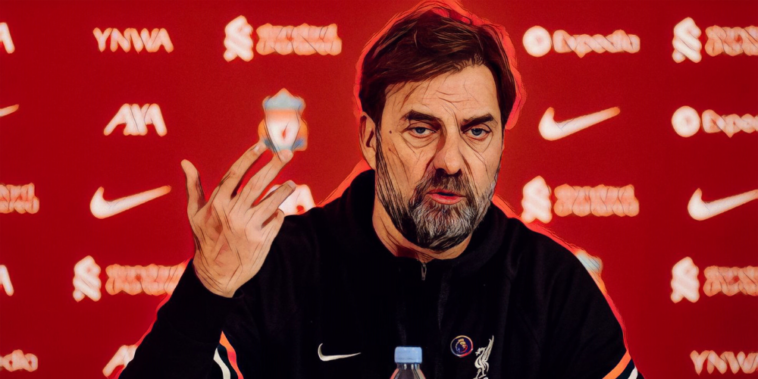 Jurgen Klopp has refuted suggestions his comments on Manchester City were xenophobic.

Klopp spoke ahead of Liverpool’s win over Manchester City last weekend and said that there are three clubs in world football that can ‘do what they want financially’, in a reference to the unmatched spending power of City, Newcastle and likely Paris Saint-Germain.

“It is not possible. Not possible. It is just clear. There are three clubs in world football who can do what they want financially.”

"There's no ceiling for Newcastle. Congratulations. Some other club's have ceilings."

Jurgen Klopp has his say on the financial resources of clubs like Man City and Newcastle pic.twitter.com/OpkiZHLD0S

City are owned by Sheikh Mansour, while Newcastle (Saudi) and PSG (Qatar) are also financed under billionaire backed regimes from the Middle East. Speaking ahead of Liverpool’s clash with West Ham, Klopp was asked whether his comments could be perceived as ‘borderline xenophobic’.

“I don’t feel, in this specific case, I don’t feel it at all,” Klopp said of the allegation at his pre-match press conference. “I know myself. And you cannot hit me with something which is miles away from my personality. If I was – I cannot remember the word [xenophobic] – like this I would hate it. I would hate myself for being like this.

“I have said a lot of times things that were a little bit open for misunderstanding, I know that. It was not intentionally; just sometimes you say things and you think: ‘Oh my God, it can be interpreted like this!’ But this is not one of these moments.”

Klopp believes his comments have been misunderstood and admits there is always an element of risk of misinterpretation when discussing matters in public.

“That is the life of people who speak in public,” he said. “It is not the first time I am misunderstood. I know what I thought when I said it. If someone misunderstands that, or wants to misunderstand that, I cannot change that.

“Do I have to be careful? I have known for years that I am not always careful. I realise as well from time to time that I just answer and say what I think. I try to do that in the future as well because usually it is never my aim to blame anybody or whatever, I just talk about things that I think are not that important in life actually. I say what I know about it, how I judge it or how I see it. I cannot change that. Nothing of the things that were made of it were my intention.”