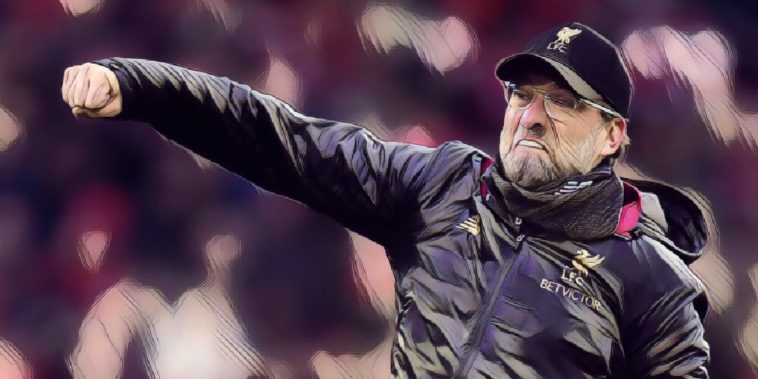 Jurgen Klopp was delighted with his side’s performance after Liverpool beat Chelsea 2-0 at Anfield, adding that he is ‘thankful’ to be a part of their journey.

Having reached last years Champions League final, Liverpool have continued their impressive form and development this season, embarking upon a superb Premier League campaign this season, with today’s win at Anfield taking them back to the top of the table with just four games to go.

After watching Man City beat Crystal Palace earlier in the day, Liverpool knew they had to beat Chelsea to maintain their title dream, and after a goalless first-half at Anfield, they wasted no time after the interval, scoring two goals in 142 second-half seconds, with Mohamed Salah scoring a sensational wonder strike on 53 minutes.

While Salah’s strike will undoubtedly grab the headlines, Jurgen Klopp was admitted that he was thankful to goalkeeper Alisson, who saved smartly from an Eden Hazard effort shortly after the going two goals ahead.

“In the first half we played against the wind, in the second half, we had the wind at our backs. So we used that obviously. Then at 2-0 up, there was a little system change from the opponent, with Hazard moving to the left and [Gonzalo] Higuain upfront,” he told the BBC.

“But then we are completely on our bikes from 70 minutes, defending, tackling, counter-attacking. Then they had three moments but Alisson was there. He saved our life in those moments.”

Speaking about the journey his side have been on, and their potential title challenge, Klopp was full of praise for his team and the Anfield Faithful, who were in fine voice – especially following Salah’s goal.

“I’m so proud of the team, it was a fantastic performance. What a team, what a stadium, what an atmosphere. I’m so thankful I can be a part of this, it’s great. It’s just outstanding, very overwhelming at times.