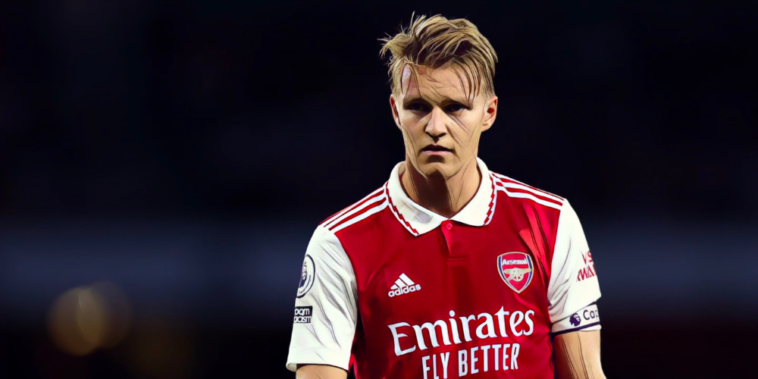 Jurgen Klopp has praised Martin Odegaard and has revealed his past attempts to sign the Arsenal captain.

Liverpool take on Arsenal in the Premier League this weekend with the Reds travelling to face the league leaders at the Emirates.

Arsenal have began the season in strong form with seven wins from eight games and have shown significant improvement under Mikel Arteta. Odegaard has been central to their progress and was named as club captain ahead of the new season.

The Norway international has impressed in the Gunners’ new-look side and, ahead of this weekend’s meeting, Klopp has opened up on his attempt to sign the midfielder at Borussia Dortmund.

“I really like him,” he told TV2. “It’s easy these days. It was a bit more difficult at the start of his career when he was at Real Madrid. Then it looked like it might not go his way.

“I was really disappointed by that, because we wanted him in Dortmund when he was very young. We had a long conversation when he was still a boy, together with his father. In the end he decided on Madrid, and that’s fine, but that’s why I’ve always followed him.”

Klopp believes Odegaard has began to fulfil his early potential after a difficult period at Real Madrid, praising the ‘massive role’ the midfielder plays for this weekend’s opposition.

“You can only imagine how many talents, huge talents, crazy talents, I have seen over the course of quite a while in this industry. At the time, Martin was 15 years old and already playing in Norway. The whole world went berserk.

“Until he was 15, he probably experienced no hardship. After that, a lot of things went against him. It makes him the person he is now, the man he is now, and the player he is now. I’m really happy that he has now become the player we all expected him to become. In fact, even better than that, if you will.

“He plays a massive role in an incredibly strong Arsenal team.”